Tayshia Adams is clearing the air about her breakup from John Paul Jones.

She joined Rachel Lindsay and guest co-host Becca Kufrin on an episode of “Bachelor Happy Hour” and talked at length about their split. She announced October 30 that they decided to go their separate ways, which happened just days after JPJ revealed he moved to Los Angeles.

The 29-year-old said she was “upset” by reports that initially claimed she was the reason he made the cross-country move. “Obviously John wants to be closer to me, but he did not move to L.A. for me,” she said. “Since the very beginning — I’ve told my friends, my family, everyone knows this — I will not have someone move for me unless we are in a serious relationship, whether that be engagement, dating for four years, whatever it is.”

Tayshia can speak from experience. She explained, “I did that in the past, and I ended up resenting that person because I quit my job, I uprooted my life away from my family and friends, and I became depressed. I was not happy, but I did it because I wanted to be with that person. I know how that feels.” 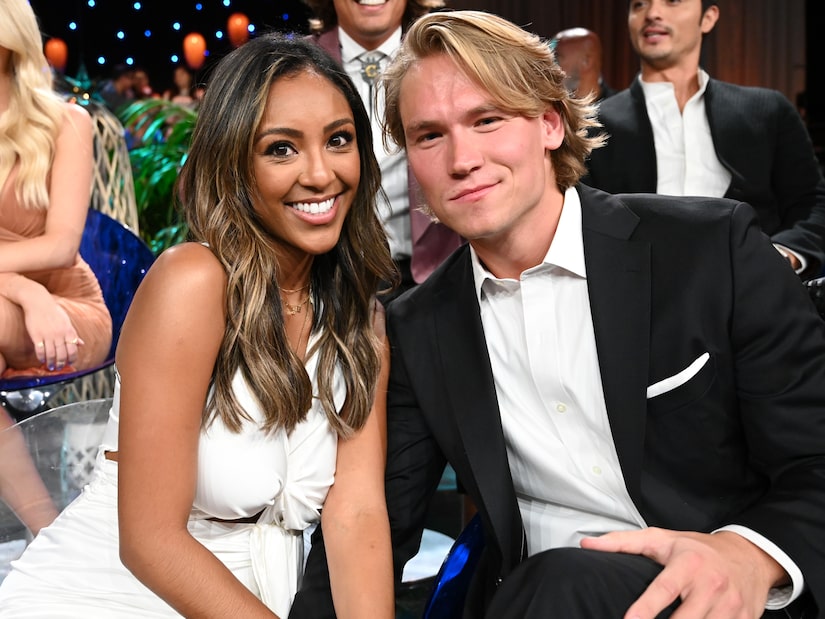 She added, “The last thing I would ever want is for John to quit a job he worked hard to get, move away from his family and friends, and come to a town that isn’t for everyone.”

The Orange County, California, native said her “Bachelor in Paradise” love “moved here because he wanted to be an actor.”

According to Tayshia, JPJ “was getting auditions and it was easier to attend those as opposed to flying out. That’s why he moved here, and he knew that story since the very beginning.”

She takes issue with people who tell her he “uprooted his whole life for you,” because that isn’t the whole story. Rachel chimed in and also expressed frustration. She said, “I hate when people just read headlines and they don’t listen to other sides or read the full story.”

JPJ talked about his decision to uproot his life in Maryland for Los Angeles in a recent interview with Us Weekly. He told the publication, “A few opportunities came up that were really just too hard to pass up and it just made sense to move… I honestly never could’ve expected this entire occurrence. It’s completely crazy. I’ll never be able to do this again, so it just seemed like the right move.”

He added that relocating to L.A. “reduces a lot of the hassle that came with buying a plane ticket and visiting her for a weekend.”

Tayshia insisted that their breakup was not a case of “who put in more effort.” John even bought a new iPhone right after “Paradise” so they could FaceTime regularly. She explained that there were “other factors as to why we are not together” that aren’t distance-related.

She shared, “I just realized that last weekend was my first weekend home since late August. I had been gone every single weekend, every single minute. John working 9-to-5, me traveling a bunch, trying to squeeze in seeing him when I can, it was hard.

Tayshia ultimately wants to be in a relationship with someone geographically closer to her. She said, “At this point in my life, I want someone with me and to be in the same town as them.”

To hear more about Tayshia and John Paul Jones’ relationship, check out the new episode of “Bachelor Happy Hour” now. Be sure to subscribe today on Apple Podcasts, Spotify, or wherever you listen to podcasts.