Buckle those seatbelts, Bachelor Nation — we’re in for quite a ride!

On Thursday, ABC released the first poster for Peter Weber’s season of “The Bachelor,” and it features a fitting tagline: “Expect turbulence.”

In the image, Peter stands in an airplane aisle holding a rose and his pilot’s cap, looking handsome in his aviation uniform. The plane’s passengers are all women, though we see none of their faces. The new poster of Pilot Pete comes just one day after the Season 24 Bachelor revisited a familiar-looking windmill in his first official promotion.

Peter’s poster photo looks similar to his Bachelor headshot. In that picture, the 28-year-old also wears his pilot suit and leans against a wall holding a rose. 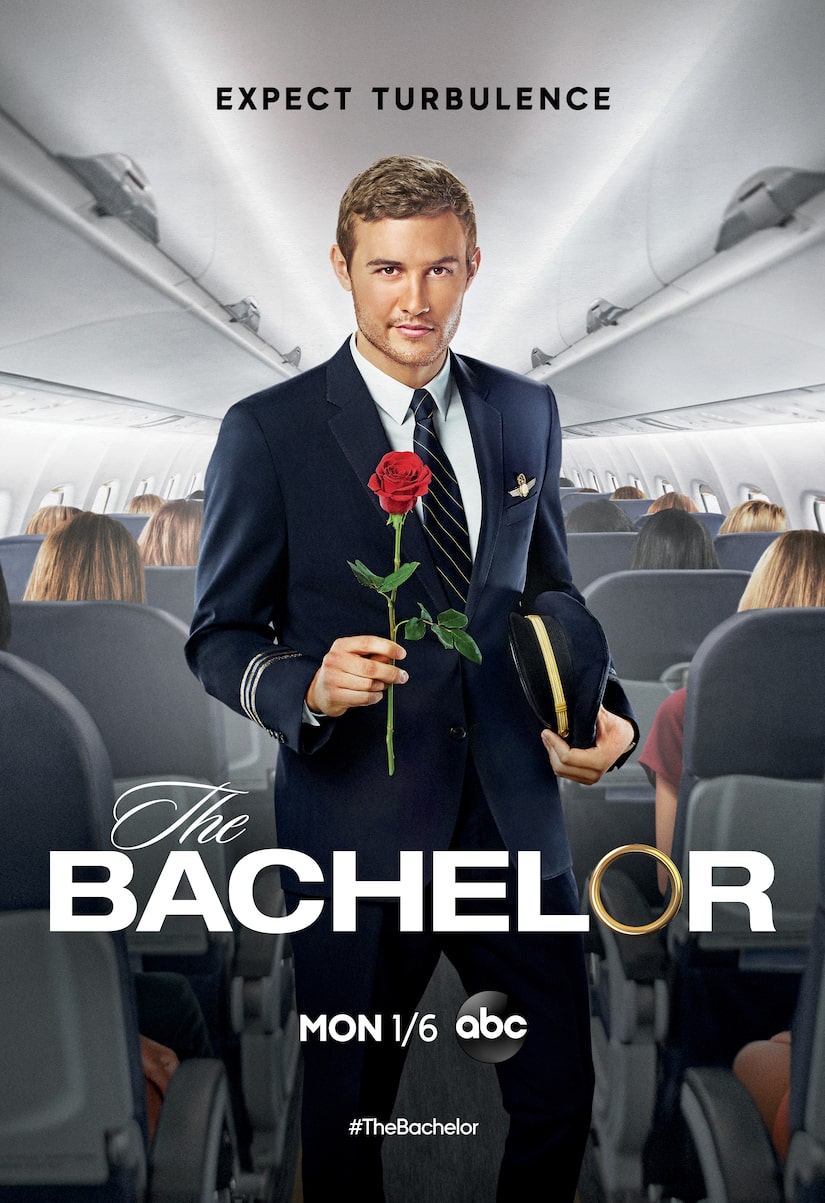 Bachelor Nation got a small tease for the upcoming season right before Halloween. In a social media video, Peter struts towards a bowl of candy and asks, “Would you like a trick… or a treat?”

The Westlake Village, California, native expressed no hesitation when Chris Harrison announced him as the next Bachelor at the “Bachelor in Paradise” Reunion show. He said that evening, “My entire life, I have truly looked forward to finding my girl and that person that I cannot wait to spend the rest of my life with.”

He continued, “This is not normal — dating 30 women at a time. I’ve never done this before, so there’s going to be ups and downs. I know that’s coming, and I’m not going to be perfect being in this position,” he said. “The possibility of making the wrong decision is out there, but I’m going to follow my heart.”

Former Bachelors Nick Viall, Arie Luyendyk Jr. and Colton Underwood offered similar tidbits of advice. Nick said on an episode of “Bachelor Happy Hour,” “I hope for Peter a woman he’s really into was cast and is really into him. That’s the hope, because it is a crapshoot. My advice for him is hopefully you’re lucky enough to meet her and protect that relationship.”

Similarly, Arie advised in an Instagram Q&A, “It’s the most insane experience that comes with an enormous amount of pressure and stress, but at the same time you have to block that out to soak it in and ENJOY IT.”

Unlike Nick and Arie, Colton didn’t leave his season of “The Bachelor” engaged, and he hopes Peter doesn’t feel any pressure to conform. Colton told Cosmopolitan, “My season specifically exemplified that there’s an expectation to get engaged. But my only advice is just, like, it’s your life at the end of it. They have another Bachelor. They have another Bachelorette. So you really need to keep in mind to do what’s best for you and what’s best for your relationship, because it’s your real life.”

Colton added, “It’s so easy to get caught up in those moments with cameras around and all these tropical places and amazing locations you’re visiting. It’s just my advice to him to just stay true to himself, trust his gut, and do what he needs to do for him.”