Hannah Brown brought a special souvenir with her for her Alabama homecoming — the Mirrorball Trophy from "Dancing with the Stars"!

The Season 15 Bachelorette flew home to Tuscaloosa, Alabama, for Thanksgiving, with her special prize tagging along for the ride. She posted a photo on her Instagram Story of herself posing in bed with the trophy perched on her nightstand. Hannah captioned it, “Brought the Mirror Ball back to Bama.”

Her parents Robert and Susanne Brown traveled out to Los Angeles for some of her performances, which helped boost Hannah’s morale and scores. 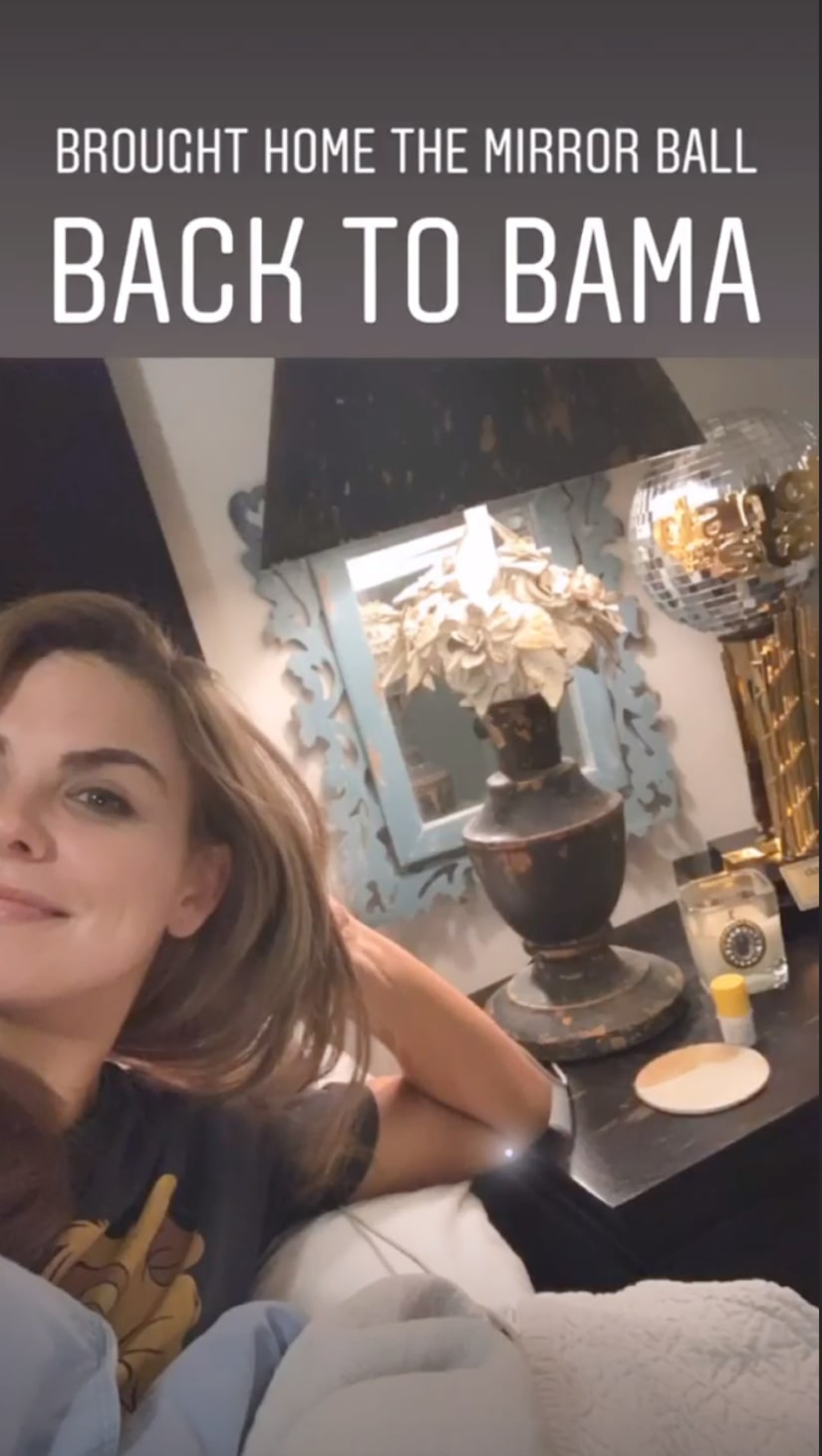 Hannah and her dance partner Alan Bersten emerged victorious on Season 28 of “Dancing with the Stars,” edging out fellow celebrity contestants Kel Mitchell, Lauren Alaina and Ally Brooke. They’re still letting the happy news soak in. Hannah told “Entertainment Tonight” after the show, “I’m in complete shock.” She thought when Tom Bergeron called their names, they were actually the runners-up.

Hannah added, “I'm super thankful for the experience. Even the hard times, the fans just stuck it out with us. I cried a bit earlier today, but I just felt a sense of peace come over me because I knew that I gave it my all.”

This marked the first win for Alan as well. He told Us Weekly, “I cried like a baby. It was the best feeling in the world and I’m so proud of Hannah. I can’t believe this journey ended like this and I’m just happy.”

It wasn’t always the easiest journey for the 25-year-old. She opened up many times throughout the process about coping with the judge’s criticisms and being her own worst critic.

She continued, “I need to let go because I want control and to know that I’m doing everything right, but sometimes, the way to do everything right is just to live in the moment and not think about everything that’s next — that’s when I really do shine and when I perform my best.”

For now, Hannah will be soaking up quality time with her family (and Mirrorball) in Alabama before heading off for her next adventure.