Ben Higgins is getting nostalgic ahead of Peter Weber’s season of “The Bachelor,” which premieres Monday, January 6.

The Season 20 Bachelor posted a candid photo of himself on Instagram from his time on the show. In the picture, Ben sits in the driver’s seat of an old convertible parked in the middle of the desert, with the driver and passenger doors wide open. He captioned it, “It is @bachelorabc Monday! This day always gives me a reason to go back through my phone to find rarely seen photos from my time on @bachelorabc! Good luck to all the women and @pilot_pete #bachelornation”

Peter commented, “Thanks man, I’ve got big shoes to fill!”

The pilot’s response feels apt because many people have drawn similarities between the two men with their affable personalities and boy-next-door (or, shall we say in Peter’s case, boy-next-windmill?) demeanors.

Though Ben and his fiancée Lauren Bushnell — now Lauren Lane — broke up after the show, he’s made appearances on other seasons to offer advice to his fellow Bachelors. He sat alongside Chris Soules and Sean Lowe to give Season 21 Bachelor Nick Viall a pep talk before meeting the women at Bachelor Mansion. He also met up with Colton Underwood in Denver, Colorado, on Season 23 to offer words of wisdom. 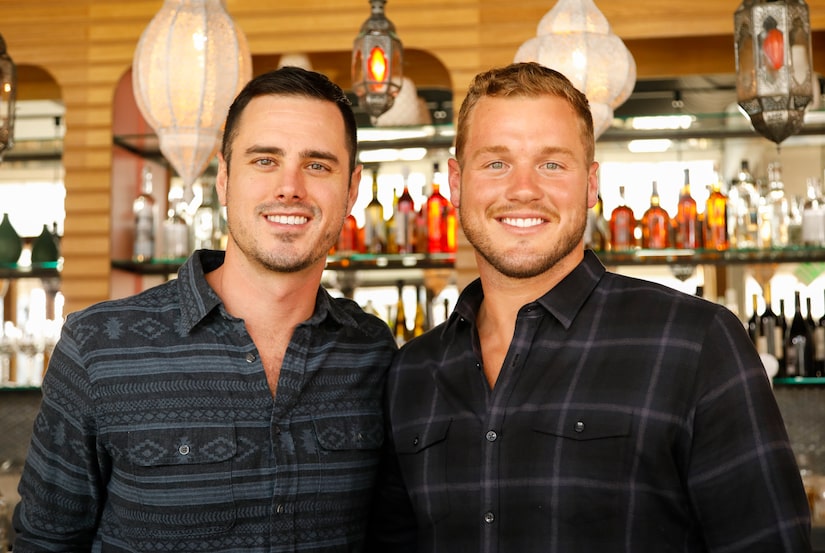 Peter, too, shared his thoughts hours before the big night.

The newest Bachelor posted a photo of himself with Chris Harrison, as well as his cast picture, and wrote, “It’s impossible for me to express how thankful I am for having the most amazing opportunity to find my girl. To every single woman that shows up tonight, thank you from the bottom of my heart for taking a chance on me.”

He continued, “Through every high and every low, I had the time of my life getting to know you all and made memories I will cherish forever. Thank you for being patient with me when I needed it, your grace never went unnoticed. To everyone involved in playing a part to make all of this come together, thank you. You all know who you are and we’re family for life.”

In an homage to his fans, Peter concluded, “To Bachelor Nation, you all have been absolutely amazing. I have felt the love non stop and it means so much that you have invested in me finding what I’m after. I hope you all enjoy the flight, we’re cleared for takeoff ✈️ #TheBachelor”

For any and all Ben Higgins fans out there, starting in February, he and Becca Kufrin are heading out to 66 cities across the United States for “The Bachelor Live On Stage.” The live show kicks off February 13 in Mesa, Arizona, and ventures to several major cities, including Seattle, Cleveland, Nashville, Atlanta, New York City, and more. You can buy tickets to attend the show here.

Peter Weber’s season of “The Bachelor” premieres Monday, January 6, at 8 p.m. on ABC.