Peter Weber went through a large number of breakups on his season of "The Bachelor," though some hurt more than others.

The 28-year-old participated in an Instagram Q&A on Sunday and broached many subjects over the course of the slides, including heartbreak and the status of his scar ("doing better" than the photo he shared). One fan wrote, "Advice for someone who was just broken up with out of a 3 year relationship?"

Peter responded, "Breakups are supposed to hurt. But I believe things happen for a reason and you're one step closer to your person now. You should never want to be with someone that doesn't want you back the same way." 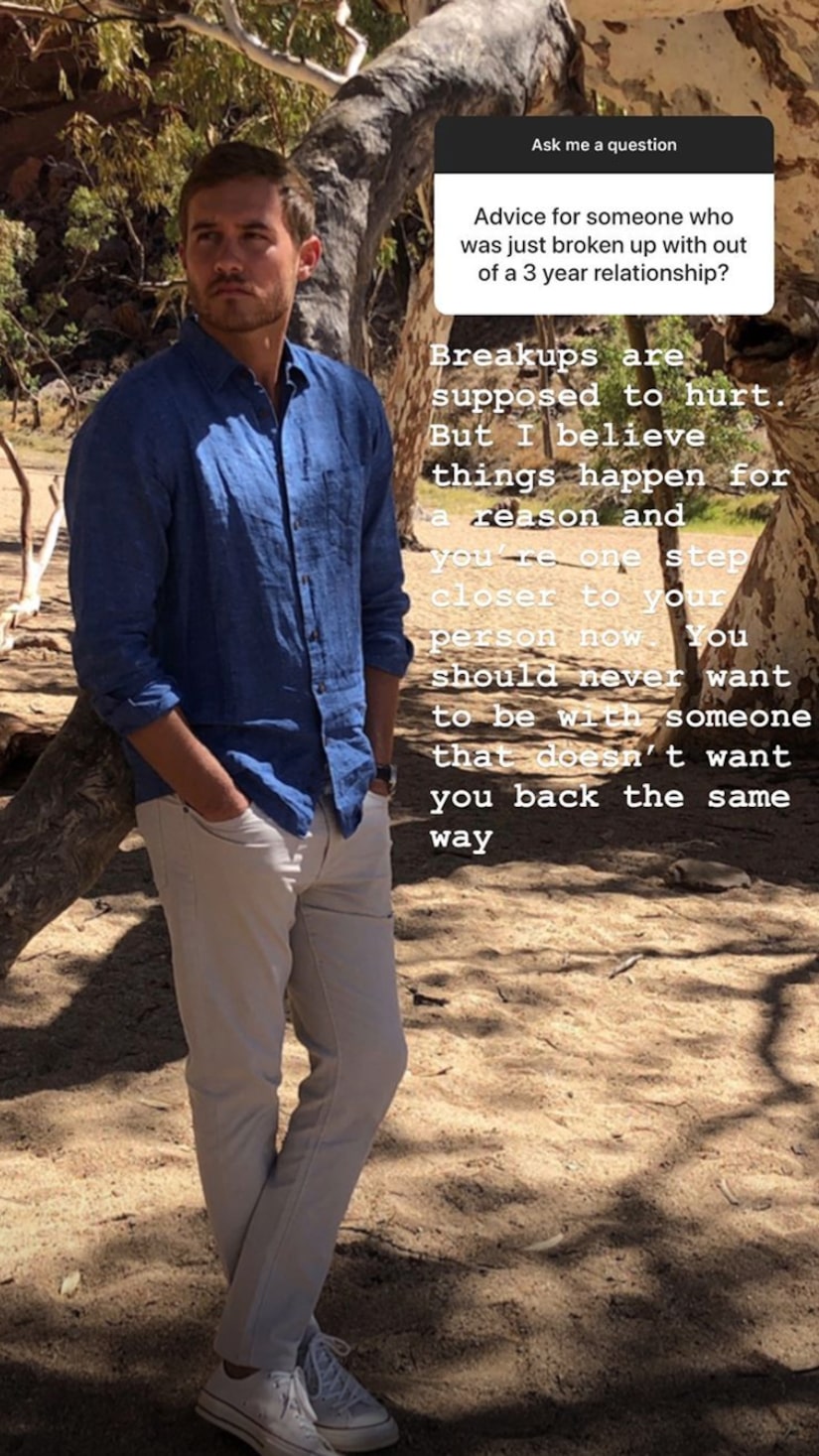 The Season 24 Bachelor dealt with two major splits — one after the show finished filming and one after the final episode. He proposed to Hannah Ann Sluss in Australia, but their relationship ended after he made clear he still had unresolved feelings for Madison Prewett.

On the season finale, Peter and Hannah Ann spoke briefly about their breakup and he then reunited with Madison onstage. The two made it clear they still had feelings for each other and wanted to give a relationship a try. However, two days later, they announced they split up.

Peter shared the news in an Instagram post, where he praised the women on his season and said his time as the Bachelor "is just another chapter of my story."

He acknowledged his breakup with Hannah Ann, too, writing, "Hannah Ann, you set an example for women everywhere a couple nights ago. You are such a strong, confident woman and you deserve all the love in the world. I accept full responsibility for my mistakes in our relationship and wish you only the best."

Peter called his tenure as Bachelor "an emotional experience," but he feels "grateful" to have done it and for everyone offering their support.

As Peter copes with his own heartbreaks, he's made it clear he still leans on his family for love and support. He posted a video on Instagram of him and his mom dancing and wrote, "If I’m even half the parent my mom has been to me, my kids will be the luckiest in the world. Spread love, I promise you’ll never regret it."