It’s common for Bachelors and Bachelorettes to receive gifts from those vying for his or her affection, but some stand out more than others.

Rachel Lindsay and Becca Kufrin hung out for a virtual "Bachelor Happy Hour" happy hour on Instagram Live Wednesday where they answered several questions and discussed upcoming seasons of "Bachelor "shows. One fan inquired, "What was the sweetest thing someone did on your season?" and this sparked all sorts of memories for both women.

Becca spoke about her fiancé Garrett Yrigoyen teaching her fly-fishing in the Bachelor Mansion swimming pool on the first night. While Becca's fond moment occurred at the beginning of her season, Rachel recalled a time towards the end of her own.

Rachel said, "It’s the little things that add up that mean a lot."

It didn't hurt, of course, that her now-husband Bryan Abasolo chimed in from the other room with his answer!

She went on, "I mentioned that I love play dominoes. On the hometown I had with Bryan, he took me to play dominoes at Domino Park, which is a legendary place in Miami." 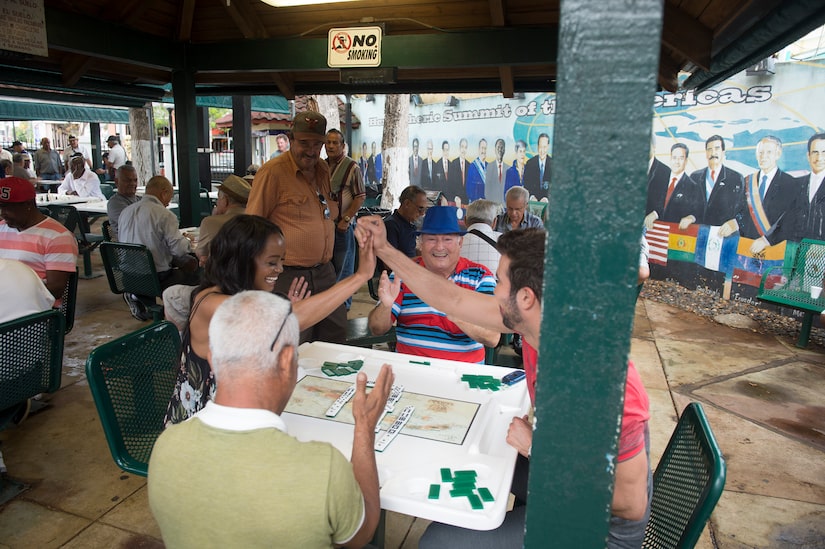 Rachel explained that it’s typical for the final two men to gift the Bachelorette with a sentimental gift to recap their time together, and Bryan focused on the game she loves. She said, "Bryan gave me dominoes in a really sweet box with all of our pictures together on it. We still have the box and the dominoes. That was really special."

The Season 13 Bachelorette even held up the box on camera!

Bryan made a huge impression on Rachel the first moment he stepped out of the limo on night one. She gifted him with the First Impression Rose, and the rest was history! Rachel revealed on an episode of "Bachelor Happy Hour" in August that she sometimes rewatches their first interaction. He exited the limo looking dashing in a gray suit and said in Spanish, "I wanted to tell you that you look spectacular this evening, and I can’t wait to get to know you better." Now, they have the rest of their lives to do so.

From the sunny skies of Southern California to the romantic wine region of Rioja, Bryan and Rachel's "Bachelorette" journey came full circle, and now they're in the midst of their new chapter together as newlyweds!

Be sure to catch up on previous episodes of "Bachelor Happy Hour" by subscribing on Apple Podcasts, Spotify, or wherever you listen to podcasts.