Three years ago feels like a world away, and Bob Guiney is reminiscing about those different days in a birthday post in honor of his "good friend" Aaron Buerge.

Aaron turned 46 on April 22, and Bob sent his well wishes to his friend via social media. Bob posted a photo of himself, his wife Jes Canyon, Aaron, Aaron's wife Angye McIntosh, and another friend at a Seattle Seahawks football game in 2017.

He captioned it, "Sending along some #birthday wishes to my good friend @aaronbuerge. I have no idea how I met you pal, but I’m glad I did! This was a fun thing we did here called a “football game”... maybe we’ll do it again someday."

Aaron commented on the photo, "That was the BEST Day!! 🔥❤️"

Aaron, who hails from Missouri, searched for love on Season 2 of "The Bachelor."Bob did the same on Season 4. Aaron posted a series of throwback photos from his own season on March 25, the anniversary of the series premiere. He shared a picture of his cast photo with all the women as well as one of himself on "The Tonight Show with Jay Leno."

Aaron also posted one of himself on a red carpet with fellow Bachelors and Bachelorettes, including Trista and Ryan Sutter, Andrew Firestone and (future Bachelorette) Jen Schefft, Alex Michel and Bob.

Aaron's season of "The Bachelor" premiered September 25, 2002, where he met 25 women vying for his heart. The handsome, muscular, successful Aaron traveled around the country on his journey for love, ultimately settling on Helene Eksterowicz. She gladly accepted his proposal and final rose, and they stayed together for a few months before parting ways in February 2003. 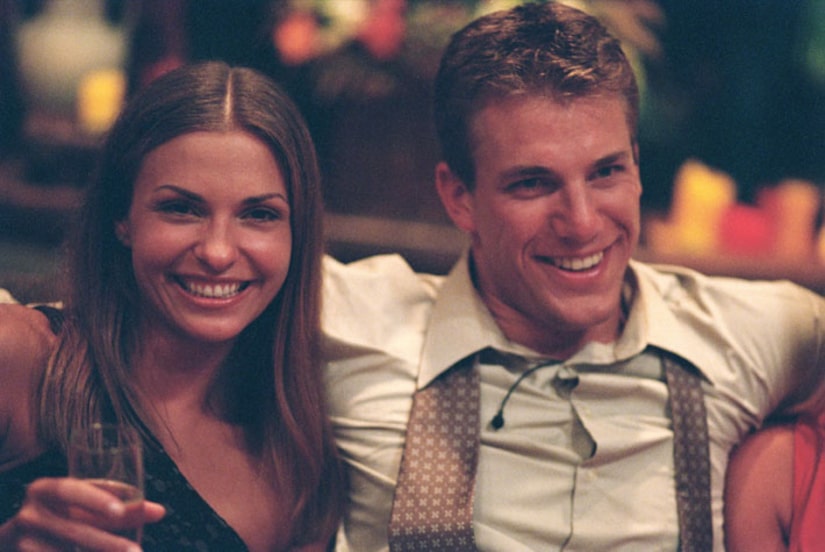 Aaron and Angye exchanged vows on August 8, 2009, in their hometown of Springfield, Missouri. They have two daughters as well as Angye's daughter from a previous relationship.