Lieutenant Andy Baldwin was hoping to add "future husband" to the end of the title of his season, "The Bachelor: Officer and a Gentleman." He made it one step closer to getting down on one knee during his Hometown Dates, which aired May 7, 2007.

Andy looked like the complete package to the 25 ladies on his season: a Navy lieutenant, a physician, and good-looking to boot! After narrowing down his pool of women to four during Season 10 of "The Bachelor," Andy traveled around the country to meet the parents, siblings, friends, and family members who helped shape Bevin, Danielle, Tessa, and Amber’s lives.

The 30-year-old first stopped in Seattle, Washington, where he and Bevin spent the day wandering around Snoqualmie Falls, a verdant area with waterfalls that holds a special place in her heart.

Andy said of his date, "The chemistry I feel with Bevin is so natural. Whenever I see her, I feel this current. I’m continually impressed with Bevin."

He complimented her "athletic side," her ease with children, and her beauty.

"She just keeps getting better and better," he said.

Bevin used their lengthy one-on-one time together to reveal a major secret about her past. 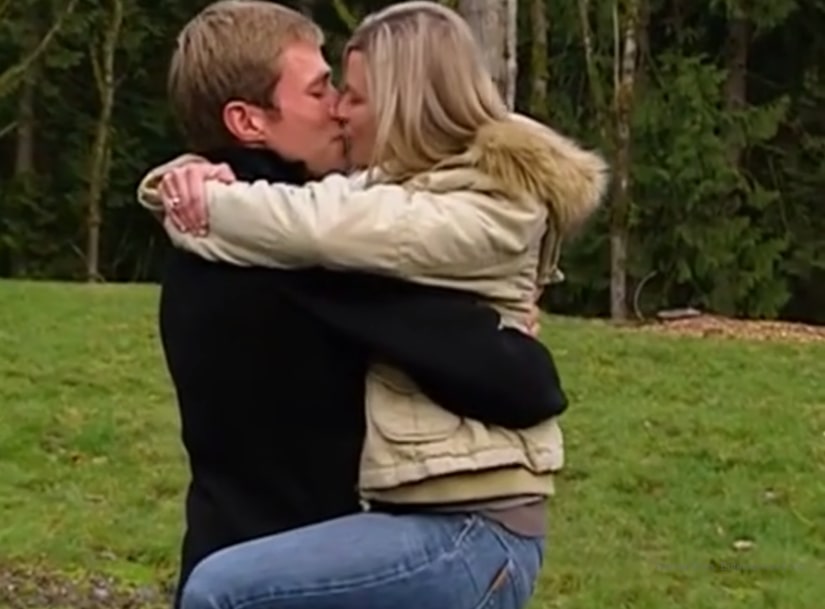 "I want to be completely honest with you. I’m going to say something to you. We’ve all had pasts before," she began. "I was once a teenager who was very stubborn and did stuff her parents didn’t want her to do, and I got married as a teenager. It obviously didn’t last very long because I wasn’t ready."

Bevin explained she does not regret her decision to get married at an early age because she "learned so much from it."

Andy appeared taken aback by her truth, and explained to her that he holds a very "idealistic view" of marriage.

After their long discussion about her past, Bevin and Andy returned to her home where they met her dad, stepmom, mom, and sister. Bevin noticed the Bachelor felt "comfortable" at her home. He even told Bevin's sister, "I haven’t felt this way in a long time."

He added in a voiceover, "It was very easy for me to get along with everyone tonight. These are my kind of people."

After parting ways with Bevin, who said she was "starting to fall in love" with Andy, the officer flew to Bethel, Connecticut, for his date with Danielle. 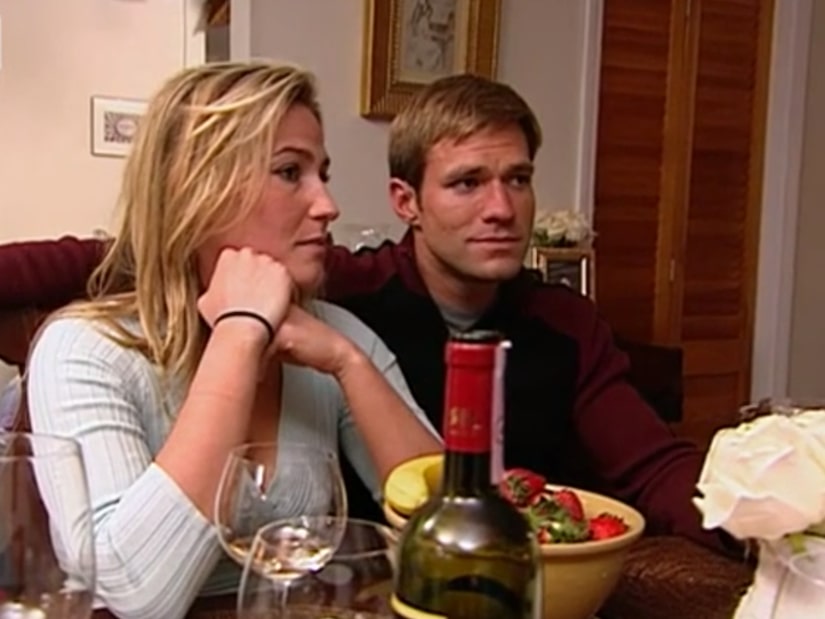 At the beginning of the episode, Andy explained he felt Danielle "is the most invested" in their relationship and the process as a whole. He elaborated, "I feel her heart so much when I’m talking with her. I know Danielle is tough. She’s been through a lot." They've bonded over the death of her college boyfriend and the tragic loss of his uncle.

Danielle told Andy that her family’s approval means everything to her because she still lives with her parents, and he took that to heart. Their date at her home went seamlessly as they ate a meal, played the drums, and even belly danced.

Next up, Andy traveled to Washington, D.C., for a snow-filled day with Tessa. Andy was clear about his strong feelings for Tessa, but admitted he felt concerned about her own feelings for him.

He said at the beginning of the episode, "When I’m with Tessa, I feel all these amazing emotions and I feel that she’s someone I’m really going after and really want to woo and win over. Out of all these women, it’s Tessa who hasn’t really put her heart on her sleeve."

Andy made it a mission on his Hometown Date to get Tessa to reveal how she truly feels about him. Tessa’s best friend flew all the way from Denver just to meet Andy and wasn’t afraid to ask him to-the-point questions, which he sometimes avoided.

Tessa's family ultimately seemed charmed by Andy. However, Andy said, "I’m not leaving D.C. until I know how she feels." 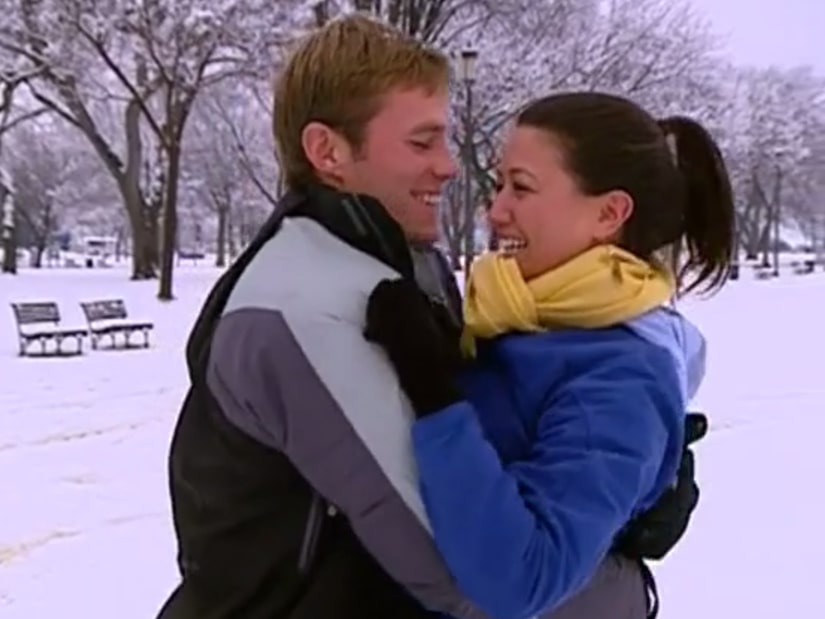 After saying she questioned "how genuine it is," she gave in and told Andy, "I want to fall in love with you."

That was all Andy needed to hear. He replied, "Good, because I want to fall in love with you."

Andy traded in the snow for the sun for his final Hometown Date. He flew to Sugar Land, Texas, to meet up with Amber. After seeing her classroom and meeting some of her students, she told Andy that her parents did not approve of her going on "The Bachelor," so he wouldn’t be meeting them. She hoped her aunt Lynne would sub for them instead, but Lynne said on a phone call she wouldn’t be able to make it.

Andy and Amber went to her apartment, where they ate dinner with Amber’s roommate and her dog. Fate intervened, however, because Lynne surprised the trio at her apartment and chatted with Andy.

Although Andy spoke highly of his chemistry and connection with Amber, he couldn’t let go of the age disparity, with Andy being 30 and Amber 23. He noted, "There was a very different dynamic when I went to Amber’s apartment. It was total college, sorority sisters hanging out. Amber is very mature for her age, but there is that seven-year gap." 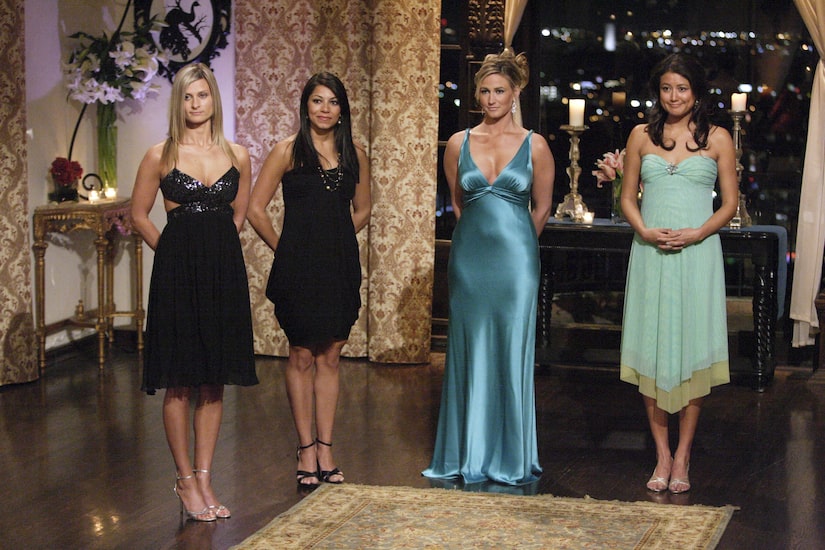 Upon returning to Los Angeles, Andy handed roses to Tessa, Bevin, and Danielle, sending Amber home. Amber cried and asked for an explanation as to why she didn’t receive a rose. He told her, "I know that you’ve been through a lot and I know that you’re very mature because of it, but you are quite a bit younger than me. I think that we’re at different places in our lives. It breaks my heart, too."

She responded, "I felt this amazing connection and I could’ve sworn you felt the same way. I know I’m young by age, but by maturity I’m not. My heart should matter to you, and not my age. You told me in the hot tub that age doesn’t matter, so don’t tell me this."

He apologized for sending her home, but ultimately had to go with his gut instincts.