Andrea passed away March 2 after suffering a brain aneurysm. She was 55. On Sunday, Tyler posted a photo on his Instagram of himself from what is possibly his high school days and his mom looking off in the distance. She stands behind him and they both have focused, serious facial expressions.

Tyler shared a video on his Instagram Story, too, that showed a Chinese lantern floating into the sky. He captioned it "Mama" with a heart emoji.

The sky lanterns often symbolize freedom, but they can also signify mourning as light moving into another life. Tyler has been in his hometown of Jupiter, Florida, since his mom’s death, which also prompted Hannah Brown to visit and stay with him for a few weeks during quarantine.

Tyler’s dog Harley even shared a tribute to Andrea on her Instagram account. Tyler via Harley’s account posted a photo of Harley snuggling with Andrea and captioned it, "Last pic taken with mama ❤️"

The 27-year-old recently told "E! News" his mother's passing currently plays a major role in why he doesn't want to date at the moment. He confirmed he's "dating nobody right now," which may sadden some Tannah fans (she's "ready to test the waters" of dating again, though). 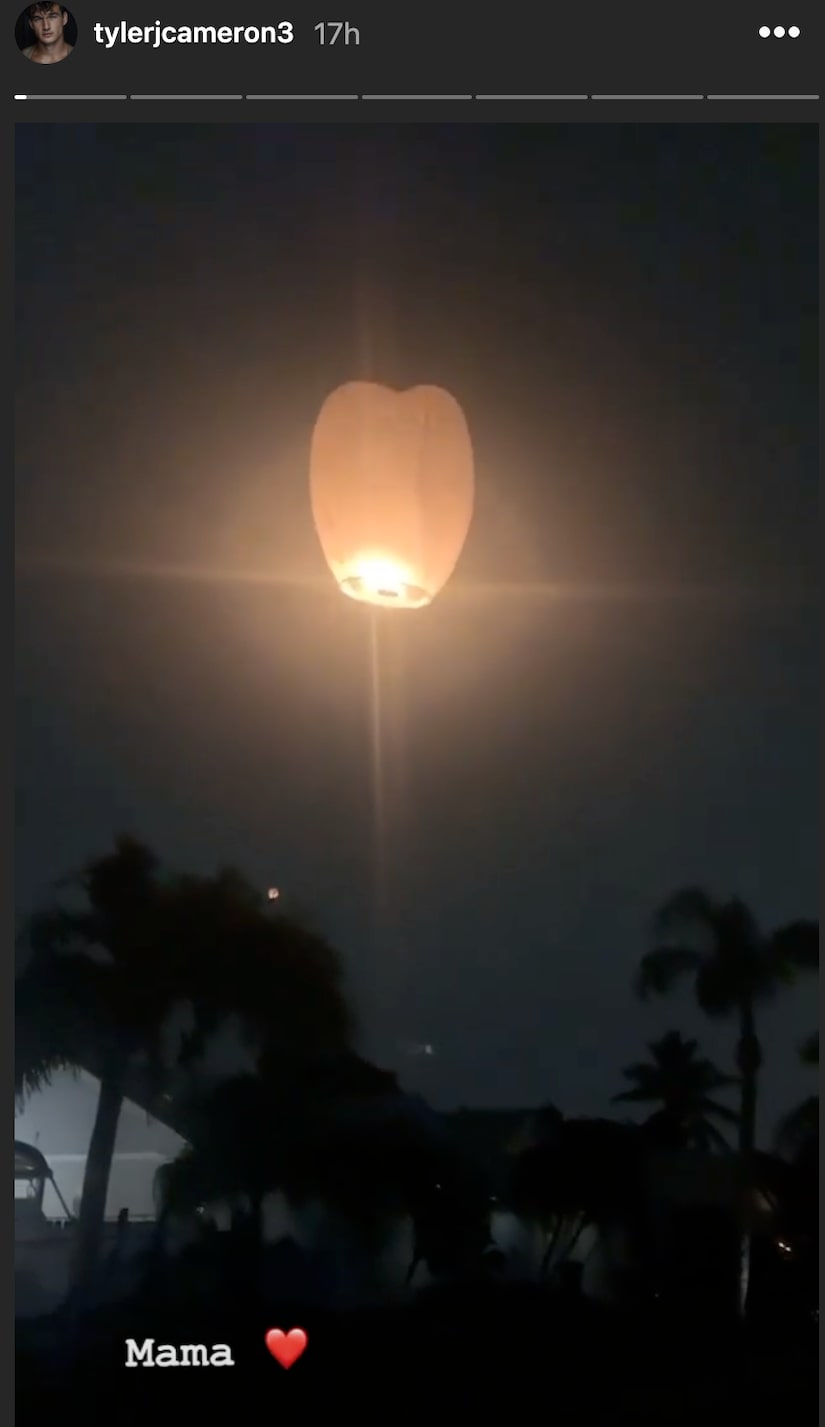 He added, "I've had a lot going on in my life lately. My mom passed. We have this whole quarantine going on, so who the heck can date right now?"

Tyler explained that looking after his family — especially his two younger brothers — is his top priority. "My main goal right now is focusing on my little brothers, taking care of them and getting them where they need to be," he said.

The "Bachelorette" alum feels confident he will "be able to get through this," but admits some concern for his youngest brother, Ryan, who is 20. "He's a baby," Tyler said.