Hannah Brown may not be handing out date cards anymore, but she's now ready to date again.

The Season 15 Bachelorette covered all sorts of topics on an Instagram Live Tuesday, including her love life. Hannah poked fun at her decision to send Luke Parker home and to accept Jed Wyatt’s proposal, only to break up with him a few months later.

"I thought I was making better decisions after that night," she said about sending Luke P. home one year ago on May 5. "I fooled y’all. I fooled y’all — still making crap decisions, but it’s OK."

Hannah answered fan questions on Instagram Live, and many of the inquiries referred to dating and whether she’s ready to get back in the game. Though several people urged her to get together with Tyler Cameron, she remained tight-lipped about their relationship, despite quarantining together for the better part of April.

One person asked when she's going to be "ready to date," and Hannah replied, "I feel like right now quarantine isn’t the best time to date, but I feel like I am at a place where I’m ready to test the waters a little bit."

She also took a jab at Jed once again when she said "honesty" was the most important quality she looked for in a man. Though her tenure as the Bachelorette did not end the way she had hoped, Hannah explained she wouldn't redo her season if given the chance. She said, "I have to believe there’s something so much greater from all of this that I am still on the journey of figuring it out."

Hannah admitted she would "definitely like to be in a relationship" rather than stay single.

The 25-year-old told the Instagram Live audience, "I think I’m finally getting to the point where I can say I can do that at this point in my life. I think I needed a little break and definitely took that. But I’m gonna be single until it’s right. I don’t like to date around, really. You have to date people, but I date seriously." 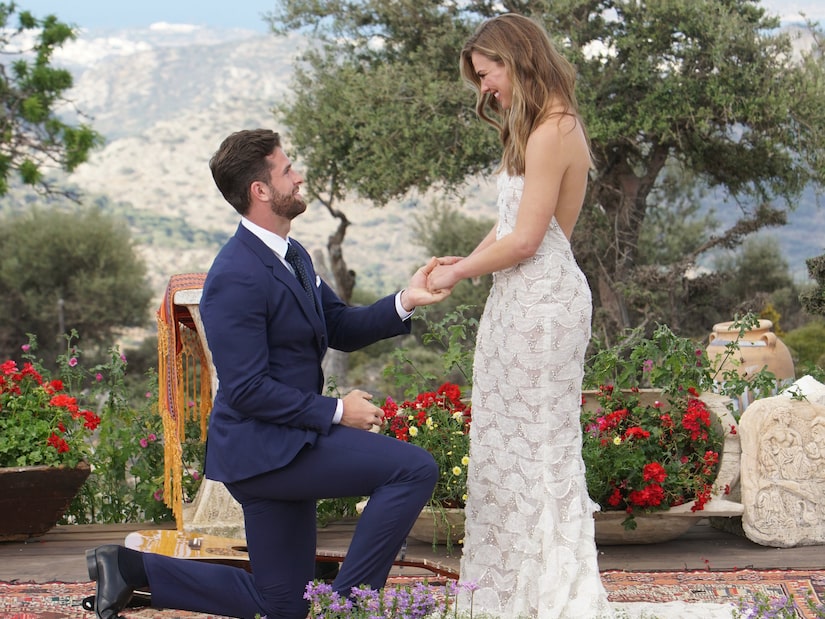 Hannah's season of "The Bachelorette" premiered almost exactly a year ago (May 13, 2019), and she's spoken at great lengths in the last 12 months about learning to love herself. In October, for instance, she opened up to Marie Claire magazine about her career goals and self-love.

In August, she wrote as part of a poignant post about adapting to life after the show, "I realized how strong of a woman I am, and how resilient I can be. My love story might not have been the one I would have initially written for myself; however, falling more in love with the woman I am at the end of this journey is something I’ll always look back on fondly."