The early 2000s were an interesting time for fashion, to say the least. We're talking choker necklaces, (very) baggy suits, bucket hats, tiny scarves, furry belts, and so, so much more. The first few years post-Y2K left us with more questions than answers in terms of style and trends, and nothing is more hilarious or cringe-worthy than looking back and attempting to dissect exactly why certain decisions were made.

Nicole Lopez-Alvar and Demi Burnett joined Chris Harrison on Monday's episode of "The Bachelor: The Greatest Seasons — Ever!" This time, viewers looked back at the first seasons of "The Bachelor" and "The Bachelorette." Alex Michel kicked off the franchise March 25, 2002, and Trista Rehn followed on January 8, 2003.

Chris pleaded with Demi and Nicole to "be gentle" with their criticism because, after all, it was 18 years ago. He joked, "Fashion, well, we made some mistakes along the way."

He first showed a photo of Alex strutting towards the mansion wearing a black shirt and pants and a tan coat.

Nicole analyzed, "He looks like a Daddy: Someone who has a 401(k) and plans to retire in Boca. I’m into it. I like this look."

Demi, however, disagreed completely. "I respect your opinion, Nicole, but the fact that his jacket matches the concrete behind him is like his season happened before primary colors were invented," she argued.

The host later pulled up a photo of Ryan Sutter looking serious while wearing a black bucket hat and a denim jacket. 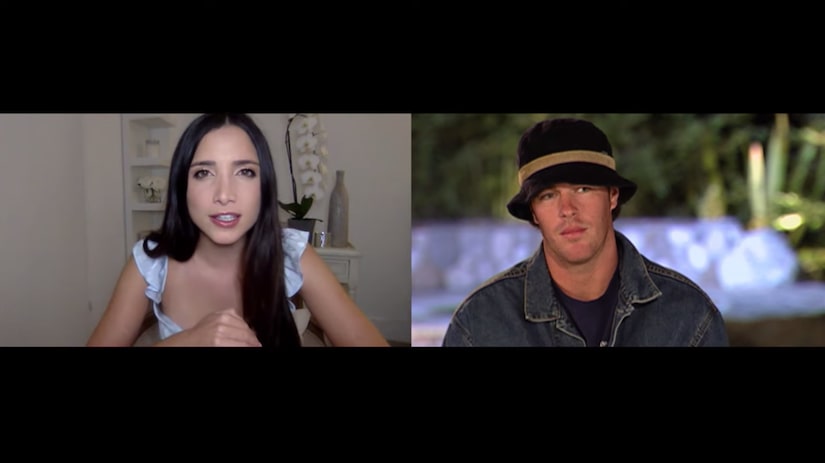 Nicole quipped, "He reminds me of the only hot guy at a Nickelback concert and you know for a fact he has 12 or 17 roommates and a twin bed."

Chris tried bidding farewell to the "Bachelor" alums, but not before they got someone to show a photo of Chris from Season 1. In the picture, he stands in front of a pool with the ocean behind him and wears a beige suit and blue shirt.

Chris said, "I think I was swimming in my dad’s suit. I’m not sure why there weren’t tailors back then."

Nicole evaluated, "I'm not sure why there's more suit than man."

Demi added, "You're looking like you're about to tell me everything about Scientology."

While we all love a good dose of nostalgia every now and again, perhaps it's best to leave some of these fashion choices where they belong: in the past.

Watch the full video above to see Demi and Nicole chat about fashion, and be sure to tune in to "The Bachelor: The Greatest Seasons — Ever!" Mondays at 8 p.m. on ABC.