Trista Sutter is often called the Fairy Godmother of the "Bachelorette" franchise, and it’s a title she holds with the highest regard.

Trista paved the way for 15 Bachelorettes after her, and there will surely be more to come. She spoke to Rachel Lindsay and Becca Kufrin on "Bachelor Happy Hour" about what it was like being the first Bachelorette and explained why the franchise means so much to her.

Rachel said she personally feels "protective over this process because I know it can work." Trista agreed and called that a "perfect word" to describe her sentiments about the show.

"The show is part of me. It’s my history. It’s the reason that I have my family," Trista said on the podcast.

She said, "I definitely get offended, and a lot of the times, I try to be real and speak my mind, but at the same time, I feel like all of you are my little babies. I’m protective not only over the show and treating the show right and being invested and being there for truly the right reasons — for the love."

Trista views all the alumni of the show as a "family."

"I know people have joked and called me Fairy Godmother and someone even called me grandmother, and I really do take those to heart," the mom of two said. "Yes, I was there in the beginning, and no, the plan wasn’t for me to around for this long, the show to be around this long, for me to be called the Fairy Godmother, but because this is how things have happened, I take ownership of it. I love it."

Though Trista says she doesn't "like everyone in the franchise — and I haven’t met 90 percent of them — but I love them all because we are all connected in this crazy, discombobulated family."

She added, "I definitely am very protective of this show, the way people talk about it, and everyone involved."

Becca inquired if Trista wishes she had any advice before she went on the show as the Bachelorette, and Trista gave a twofold response. 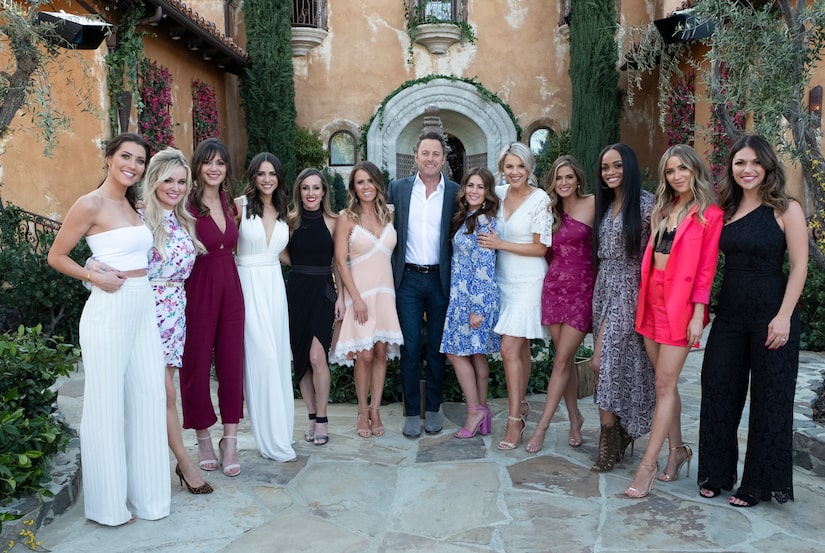 She said, "I would’ve wanted to know everything. We knew nothing. Going in, it was a totally new show. There was no 'for the right reasons.' There was nothing for us to base our behavior off of... I would’ve just loved any information. I crave information. I think knowledge is power, and I would’ve been really, really thankful to have anything."

On the other hand, Trista believes "maybe not having anything was a good thing."

She said, "I went into it completely myself and genuine and that was important to me, to be who I was and not act like someone else."

To hear more about Trista's time as the first Bachelorette, be sure to listen to the full "Bachelor Happy Hour" episode now!