It was the slap heard 'round the world.

Brad Womack surprised all the women on Season 15 of "The Bachelor" as he stood at the front of Bachelor Mansion looking for his second chance at love. The women all had different reactions and opinions about his being the Bachelor, but none matched that of Chantal O’Brien.

Chantal left her mark — literally — on Brad the moment she stepped out of the limo. She was the first one out of the car that evening and, upon seeing him, said, "Oh, my God. Brad Womack. Really?"

She strutted up to him in her sleeveless green dress and was honest from the get-go. Chantal told the Bachelor, "I have to say, I watched your season and I have something for you. It’s not from me; it’s from every woman in America."

Then she slapped him across the face.

Brad joked that he "deserved that" and commended her for it being a "nice hit."

Slap aside, Brad kept Chantal around, though he made her sweat. She received the last rose at the Rose Ceremony the first night. From then on, their relationship progressed at a steady pace. On their first one-on-one date, they flew on a helicopter to Catalina Island and walked on the seafloor. Chantal overcame her fear of the water and felt braver with Brad by her side.

Whether they were below sea level or above ground, their chemistry stayed strong. He and her father bonded over their family histories, and he also received a seal of approval from her dog and two cats.

Before the big proposal day in Cape Town, South Africa, Brad said, "When I look at Chantal, I see a life full of excitement. From the very first moment I met Chantal, I felt comfortable. I am myself. There’s no games, a lot of laughter. When I’m kissing Chantal, there’s intense passion. When I picture my life with Chantal, it’s a damn good one."

"Every time I get to see Brad, my love grows more and more. I am very trusting and we’re experiencing new things together and it continues to make me feel deeper in love with this guy," she shared. "He's amazing. He's a one-of-a-kind guy. He’s a gentleman, he’s sweet, he’s fun, he’s all these things wrapped into one. When I look at him, that’s it. There isn’t anyone else I want to be with. I just want to continue this love story."

Chantal arrived at the final Rose Ceremony in a floor-length one-shoulder black dress with feathers on the shoulder strap. With her hair in an updo, she walked towards Brad and prepared herself for what she thought would be a proposal. 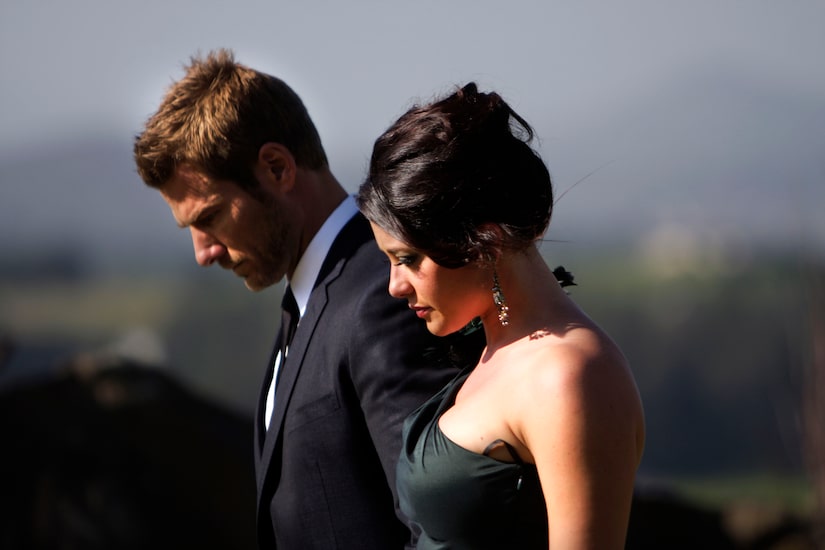 She said in a voiceover as she headed to the Rose Ceremony, "If Brad proposes to me, I will be elated. I want to see Brad on one knee telling me he wants to marry me. I am more than ready to be engaged and get married again. It’s about the right person, and I have found that person. I really do think Brad is the one for me. He’s the one that I want to be with and the person I’ve been waiting for. I love this man."

When she arrived, Brad took her hands in his and told her how connected and attracted to her he felt from "the very first time I laid eyes" on her.

Brad told her he admired her confidence and that she was "so self-assured."

"You are someone that I really have looked for for a long, long time," he said.

After praising her, he segued into the part "where it gets tough."

Brad admitted, "I don’t know how else to say it, except that I have stronger feelings for someone else. I want you to know something. Everything I’ve said from the beginning, I’ve meant from the bottom of my heart. I want you to know that every single thing we’ve had, we will have is very real."

Chantal cried and didn’t say much until she was in the limo on the way out. She said as she wiped away tears, "It doesn’t make sense. I felt like what we had was so special. I felt like Brad and I had that thing, that we would be able to be together. My heart just really hurts right now."

To revisit more of Chantal's experience on Brad Womack's season of "The Bachelor," be sure to watch "The Bachelor: The Greatest Seasons — Ever!" Monday at 8 p.m. on ABC.