Brad Womack was smitten the moment he met Emily Maynard the first night of "The Bachelor" Season 15.

Since this was Brad’s second go-around as the Bachelor, he knew what to expect over the course of the season. Before meeting the ladies, Brad defined himself as a new man, ready for love and commitment, after the debacle that was the Season 11 finale. That love arrived at Bachelor Mansion in the form of quintessential Southern belle Emily.

She exited the limo in a floor-length black dress that made Brad’s jaw nearly fall to the floor. After introducing herself, Brad said, "You look so beautiful. You just look so perfect."

Emily told him she was "so happy" about Brad being the Bachelor, and Brad responded, "You are such a beautiful woman."

During their one-on-one chat later that night, Emily said, "I have everything lined up. I have a great job, a great family, a great home, but I don’t have that somebody special. I know what it’s supposed to feel like, and I just haven’t felt it in a really long time. I’m not willing to settle." 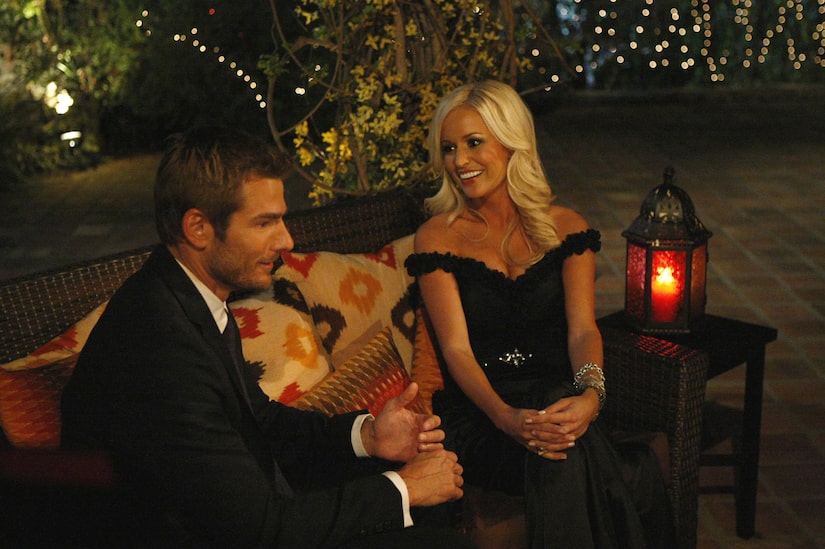 In a side interview, Brad called her "comforting" and "sincere," adding, "She's here for the right reasons."

Brad went all out for their one-on-one date, too. They took a private plane to Santa Maria in the heart of California’s Central Coast wine country. Brad said he "wanted to pick somewhere especially romantic for Emily," and that he did. They sipped wine in a vineyard and Brad questioned her about past relationships. Emily hesitated to open up about her late fiancé Ricky Hendrick, who died in a plane crash.

Brad could tell she was holding something back. He said as an aside, "I want so badly for there to be a romantic connection with Emily. From the moment I saw her, she’s been a front-runner. If I can’t break through Emily’s walls, I’m not sure Emily and I are going to work out."

At dinner that evening, she opened up about Ricky, as well as her daughter Ricki. Brad said, "Every single thing you’ve told me has made me like you even more."

From that moment on, their relationship was full steam ahead. She remained a "front-runner," and Emily felt comfortable enough to introduce him to her 5-year-old during her hometown date. Emily made it clear that if Ricki didn’t give Brad her "stamp of approval," then the relationship wouldn’t work out.

Brad said towards the end of her hometown date, "I want so badly to be affectionate with you and show you how I care. I just met your daughter. She’s sleeping upstairs. I want to kiss you, and I’m just not. I care enough about letting you know how much I respect you and your daughter. I want to leave and hug you and not let go, but I want to hug you and tell you goodbye and tell you I’ll be thinking of you."

Emily admitted it was a "sweet" gesture, and they ended up sharing a kiss anyway.

After Hometown Dates, Brad and the ladies flew to South Africa for the Fantasy Suite dates, as well as the proposal. Brad invited Emily to the Fantasy Suite, and she hesitated before giving her final answer.

"I’m a mom to a 5-year-old little girl. I want to set a good example for her," she said. "With that said, I also want more than anything to spend more time with you, keep things going at the same pace we have, and use it as a time to get to know each other better and talk. I would love that more than anything." 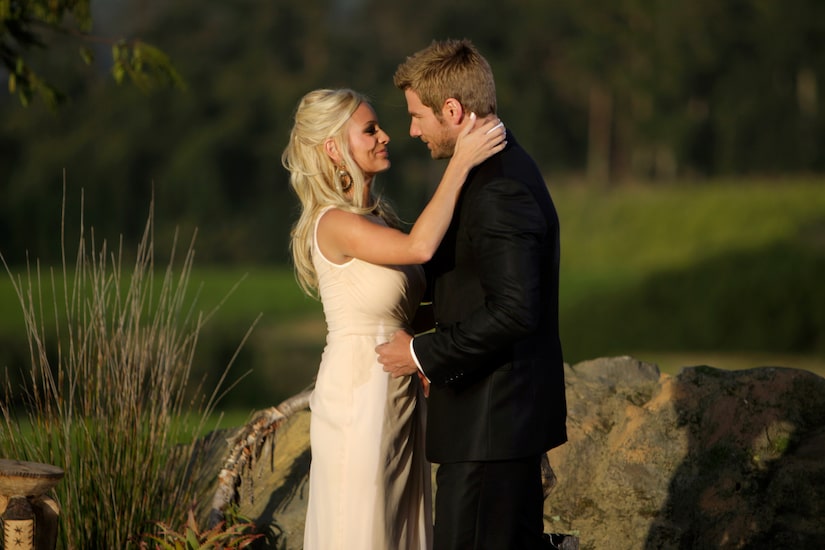 When she arrived at the final Rose Ceremony, Brad told her, "It’s not the first time you’ve taken my breath away."

He caught his breath and began, "I have come so far to get to where I’m standing today. I’ve made so many mistakes and been through so many ups and downs. I’ve always believed that when the time was right, I would find the woman that I’ve been looking for my entire life. I knew it would take opening up in ways that I’m not used to, and I knew it would take convincing myself to take a leap of faith if I found even the slightest bit of love."

Brad continued, "All it took was coming here and finding you. You are so much more to me than a leap of faith. You’re my one, Em. You’re my once in a lifetime. Please give me your forever. Please let me be your best friend. Please let me protect you and your daughter. Please let me love you for the rest of your life. I am in love with you. Emily, please make me happier than I’ve ever been in my entire life and marry me."

Emily accepted, "You made me the happiest girl in the world."

Be sure to watch Emily's love story on Monday's episode of "The Bachelor: The Greatest Seasons — Ever!" airing at 8 p.m. on ABC.