If Michelle Money had a theme song, it would probably be "Confident" by Demi Lovato.

The Salt Lake City-based hairstylist wowed Brad Womack on Night 1 of "The Bachelor" Season 15. She exuded courage and self-assurance, and it stayed that way until the very end.

When she walked out of the limo, Michelle said to Brad, "You are exactly who I wanted to see right now."

Brad responded, "You are exactly who I wanted to see. You are stunning."

Michelle was never one to hide her feelings, good or bad. She made that clear in her intro video when she said, "I think women can be intimidated by me, but I’m not here to make a bunch of best friends. I’m here to meet the love of my life. He doesn’t know it yet, but I’m actually his wife."

During the cocktail party the first night, she said, "Brad needs a woman. There are a lot of little girls here, and I am a woman." 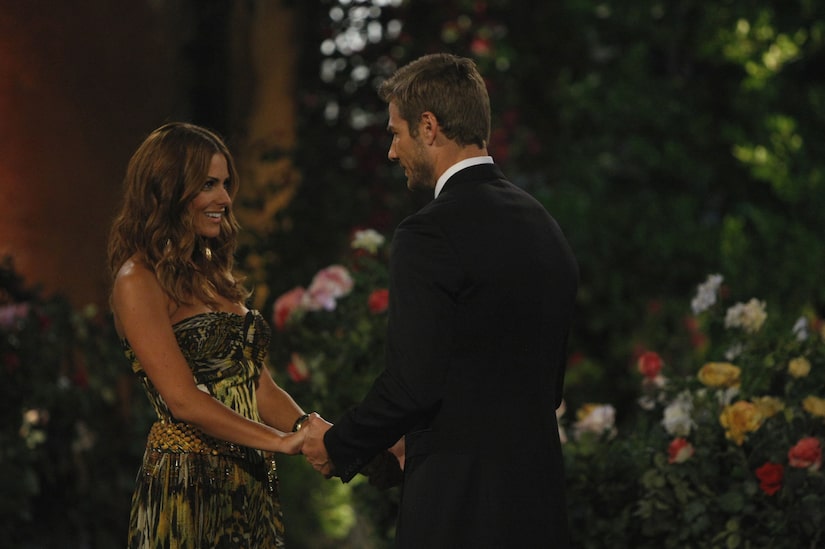 Michelle revealed to Brad early on that she had a daughter named Brielle, and Brad emphasized he wanted to meet her one day. That thrilled Michelle, and the two shared a romantic kiss in the evening portion of their group date.

The thrills didn’t stop for their first one-on-one date, either. He picked her up and they flew by helicopter to a building in Downtown Los Angeles, where they proceeded to rappel down it to a pool below. Michelle explained she had a fear of heights, but Brad encouraged her and they made it down the building safely.

Brad said, "It was a feeling of accomplishment to do this with a woman I’m attracted to and overcome our fears. It was an incredible bonding experience."

Michelle added, "What we went through is mine, and mine alone. None of the other women can share what we had today."

She made it clear throughout the season that she believed Brad wouldn’t end up with any of the other women, just her. "I see you with me," she said on their date.

Michelle questioned some of Brad’s decisions on whom he kept around versus sent home. During a date in Costa Rica, she urged him to "put yourself in my shoes" and understand where her concerns stemmed from. Brad and Michelle butted heads many times, but their physical chemistry helped them overcome many of those minor tiffs.

While in Costa Rica, Michelle surprised Brad at his hotel room. She said, "I miss you when I'm not with you." 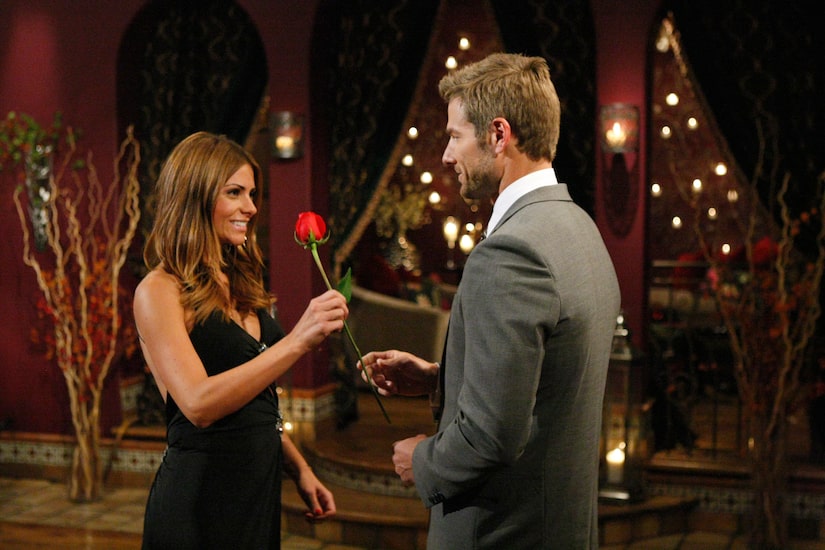 After some kissing, Michelle applauded Brad for sending another woman home during their one-on-one date.

She went on, "I don’t like that you kept Chantal. That bothers me. She’s not right for you. I can look you in the eyes and tell you that if you end up with Chantal, it’ll be a huge mistake."

Michelle left not long after that conversation, and Brad appeared conflicted about what had just transpired.

"I was happy to see Michelle, but then she started questioning my decision. There are six other women I need to think about, not just Michelle," he explained. "Sometimes it feels like I’m being pulled in literally a million different directions, and Michelle is the largest contributor to that. I’m in a very difficult place right now."

Brad made his way through that "difficult place" the following week in Anguilla. He sent Michelle home after a tense Rose Ceremony. As he walked her out, he asked if he could hold her hand and she rejected his offer.

He inquired, "You want to talk?"

She got into the limo and drove away.

He elaborated, "I have an intense physical attraction to her, but that would’ve worn off. Her intensity and the way we kept butting heads a little bit, that would’ve become a very volatile relationship very quickly. I was very confident in telling Michelle goodbye."

To see more of Brad's journey as the Bachelor, be sure to tune in to "The Bachelor: The Greatest Seasons — Ever!" at 8 p.m. on ABC.