There are certain things you can expect to see on any "Bachelorette" season's "Men Tell All" episode: yelling, expletives, revelations of still being in love, and reliving heartbreak, just to name a few.

There are also certain things you might not expect on "Men Tell All" — including a live ultrasound. Leave it to Chris Harrison to surprise "Bachelor" and "Bachelorette" fans when they least expect it!

Ashley Hebert and her husband J.P. Rosenbaum made a special appearance on "Men Tell All" for Andi Dorfman's season of "The Bachelorette," which aired July 21, 2014. The Season 7 Bachelorette and J.P. walked onstage, and, much to everyone’s surprise, Ashley was very visibly pregnant. Chris congratulated the couple on the big news and asked how they were doing.

Ashley said, "No complaints at all. I’ve had a beautiful pregnancy, a wonderful pregnancy. J.P. has been great. I feel great. The baby has been very active." 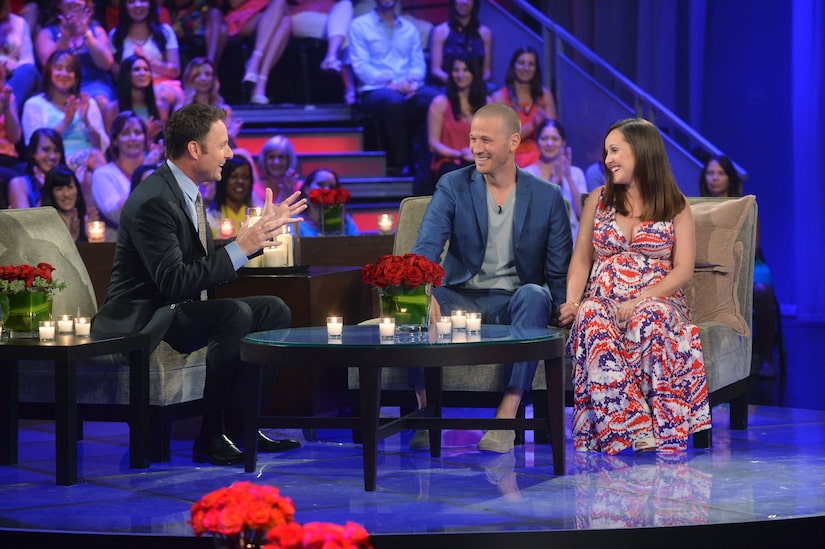 J.P. confirmed it was "an easy pregnancy" thus far, except for the fact that Ashley has "been nonstop buying baby clothes."

Their visit onstage at "Men Tell All" involved more than simply sharing the news about Ashley’s pregnancy. Ashley joked they were going to do "a live birth" onstage, but the host assured audience members that was not the case.

He revealed that they would be doing "a live ultrasound," though, to find out the baby’s sex.

Chris asked if J.P. had a preference, and he said, "It doesn't matter. I just want a healthy baby."

Chris brought out Greg, the ultrasound technician, who began by showing Ashley, J.P., and the audience the baby’s heartbeat and a thumb. At first, the ultrasound appeared on a larger screen with Chris’ face on it. 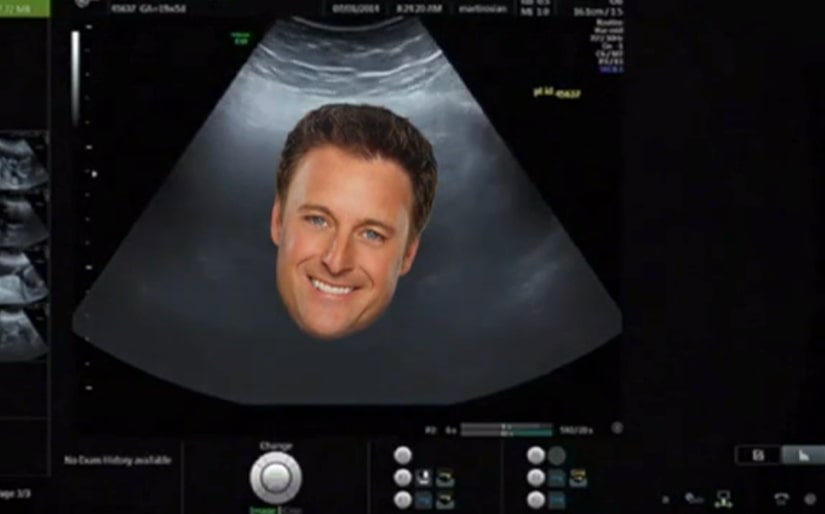 After much anticipation, Greg announced, "It's a boy!"

Ashley joked, "He’s going to look just like little J.P. over here." She also said she "knew it all along" because she said it "feels like a boy very early on."

Aside from showing off her baby bump, Ashley and J.P. also revealed they were making a big move from the East Coast to a warmer climate.

"It was a brutal winter for us. I think we just needed a change, something where we can have good quality of life year-round," Ashley said.

With that, they opted for Miami. J.P. said they have family there, and Chris joked, "I heard you want to be closer to Juan Pablo."

Ashley’s due date was October 7, but their baby just couldn’t wait to meet his parents! Ashley gave birth to Fordham Rhys Rosenbaum September 30, 2014. Ashley’s prediction that their son would look just like his father isn’t far from the truth, either! Fordham, who goes by Ford, is the spitting image of his dad.