As of late, the run-and-jump hug has become a crucial part of "The Bachelor" and "The Bachelorette." It represents the moment the Bachelor or Bachelorette finally gets to greet their date, where the momentum begins with the run and doesn't stop until the end of the day.

Rachel Lindsay and Becca Kufrin discussed the genesis of this move on a new episode of "Bachelor Happy Hour" after their guest Lauren Lapkus asked them all about it.

Lauren asked the podcast co-hosts, "With your experience on 'The Bachelorette,' one thing I’ve always wondered: The woman runs and jumps on the guy and wraps her legs around him. I’m tall, so maybe that’s why no one wants me to jump on them, but it’s never happened to me. Is that something that’s encouraged? How does this happen?"

Though it feels like it's been around forever, Rachel appears to be the inaugural user of the run-and-jump hug. Before her, other Bachelorettes would wait for their date to arrive, who would then lift them off the ground for a romantic kiss. 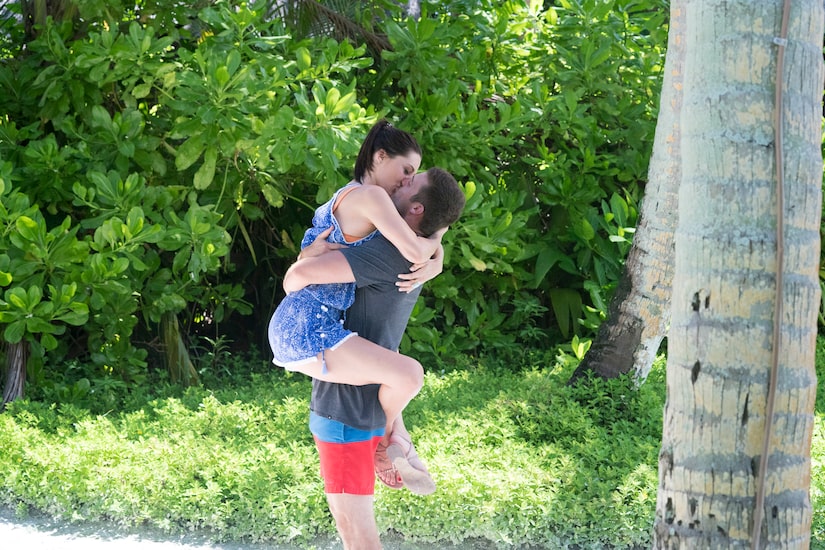 Becca, too, wondered if the run-and-jump was "a common thing" on "The Bachelor." When she became Bachelorette, she nonetheless quickly adopted the move as a form of greeting.

She explained, "When I became lead, because I had so many guys, it started as a joke. [The producers are] like, 'Go run and jump and see your man!' You get excited 'cause you haven’t seen someone in a little bit. Towards the end, it became this thing where it’s like, 'Let's see how fast I can run and see if they can catch me.'"

Becca said the run-and-jump became a "competition" towards the end of her season. 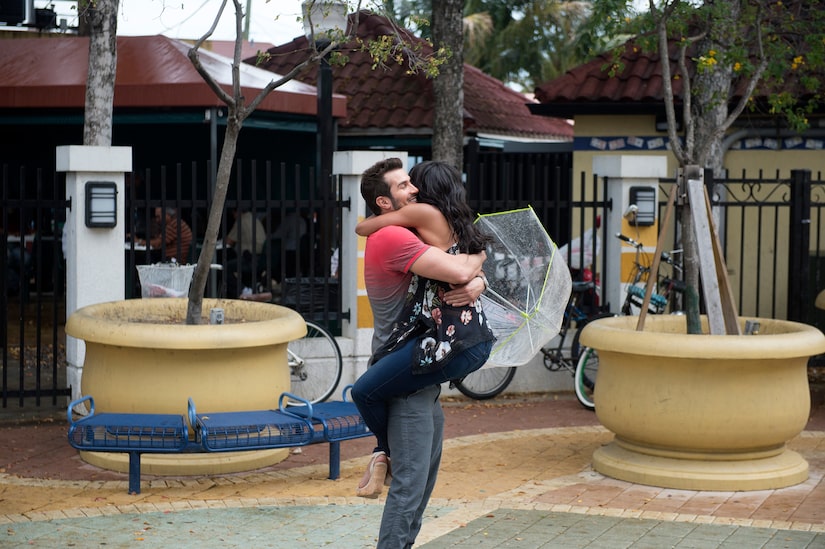 "I was like 'How fast can I go? Are they going to catch me? What if there’s a body of water behind us? What will happen then?’" she said. "It became this fun game."

Rachel revealed, "When I was on Nick’s season, we were never encouraged to do it. I never jumped on Nick. When I was the Bachelorette, it was, 'Go run and jump!'"

She continued, "Dare I say, I’m a trendsetter and it started on my season?"

Rachel, you just may be the trendsetter of the franchise! The run-and-jump requires trust and confidence in your partner, which are also two necessary facets in a relationship.

To hear more about the run-and-jump, as well as the rest of Rachel, Becca and Lauren's conversation, listen to the full "Bachelor Happy Hour" episode now! Don't forget to subscribe on Apple Podcasts, Spotify, or wherever you listen to podcasts.