A little over a year ago, Hannah Godwin and Dylan Barbour returned from "Bachelor in Paradise" newly engaged and fully in love. However, the couple had to keep their relationship a secret for a few months until Season 6 of "Paradise" ran its course on television.

Dylan and Hannah celebrated their one-year engagement anniversary June 27, and on Monday, Hannah shared what life looked like right after the proposal in 2019. Hannah answered a series of questions on her Instagram Story, including one that asked, "what is the first picture you have of/with dylan after you got back from paradise?"

The Alabama native shared a screenshot from her phone dated July 2, 2019, and is a cute selfie of them smiling in a kitchen. Hannah has her arm around her fiancé and Dylan leans his head against hers. 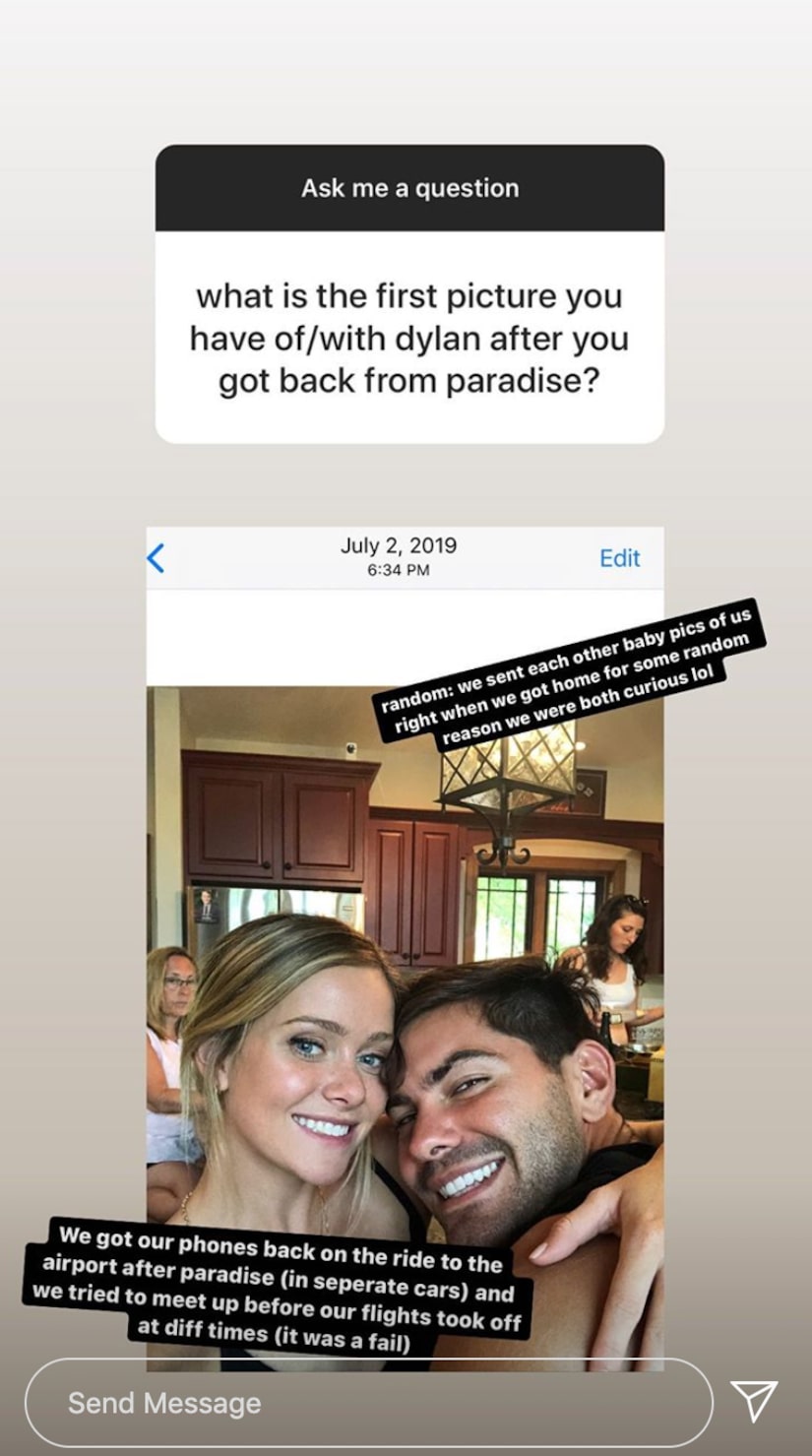 She wrote, "We got our phones back on the ride to the airport after paradise (in separate cars) and we tried to meet up before our flights took off and diff times (it was a fail)."

She added, "Random: we sent each other baby pics of us right when we got home for some random reason we were both curious lol."

Hannah has been quarantining in San Diego with Dylan for the past few months and revealed in another Q&A post Monday that she's making the move down there for good.

It looks like they'll get to revamp those daily "Bachelor in Paradise" rituals on a more permanent basis!