On Tuesday, Jenni posted a video on her Instagram Story in which she wears part of her old Dallas Cowboys Cheerleaders outfit — blue pompoms included. Music plays in the background and one of her kids yells something off-screen and she laughs, "I’m dancing!"

A few moments later, Mia comes bounding into the video holding silver pompoms. Mia follows Jenni’s jumping motions and some of her other moves. At one point, one of Jenni’s sons momentarily pops into the screen and then dances his way out.

Cheerleading runs in the Badolato blood! 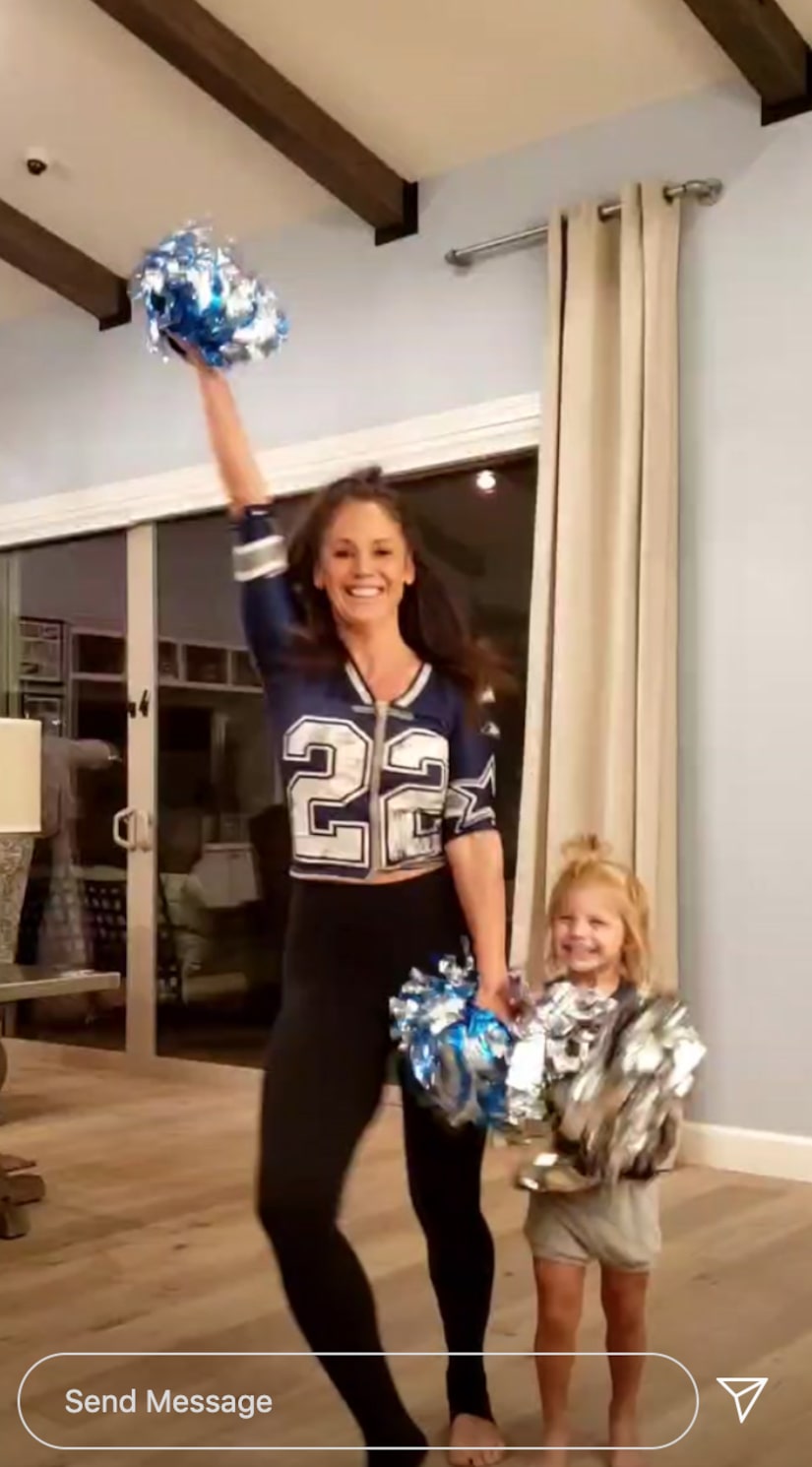 Dancing seems to be the main way the Badolato household lets loose. In August, Jenni shared a video on Instagram of herself having a dance party with her kids because she "needed a little pick me up."

Jenni often shares photos and other throwbacks from her time as a professional cheerleader. She also rocked her Cowboys outfit on Halloween last year and even posted a video of herself waving her pompoms as she walked on the treadmill.

In May, she explained that she did an alumni interview with some current Cowboys cheerleaders and reminisced on her time as a dancer.

She shared, "I cheered for 3 years in 2002-2005, about 30 games, Show Group each year, 9 USO Tours all over the world, countless appearances, practiced M-F 7pm-11pm, and now I have the most beautiful & talented sisterhood imaginable that helped mold me as a person and performer!"