Becca Kufrin is taking her future into her own hands, and she’s documenting all of it.

The Season 14 Bachelorette posted a video on her Instagram Story on Tuesday that showed her preparing to give herself a shot. She said to the camera, "OK, I have to give myself my first shot. I don’t know if I can do it. I literally feel like I’m going to puke."

In the next video, Becca pinches a piece of her stomach and gets ready to insert the syringe, but then exhales and says, "I can’t, I can’t, I can’t."

She captioned that video, "I seriously watched the tutorial 24 times and still choked. But I figured that if I did it on here then people would hold me accountable."

Becca didn’t share why she was giving herself a shot until Wednesday morning. She explained, "After my Stories last night of me sharing my shots, I received more DMs than ever asking why I’m doing it. I mentioned this very briefly on my Stories last week, but I am in the process of freezing my eggs. Last night was the first night for the shots." 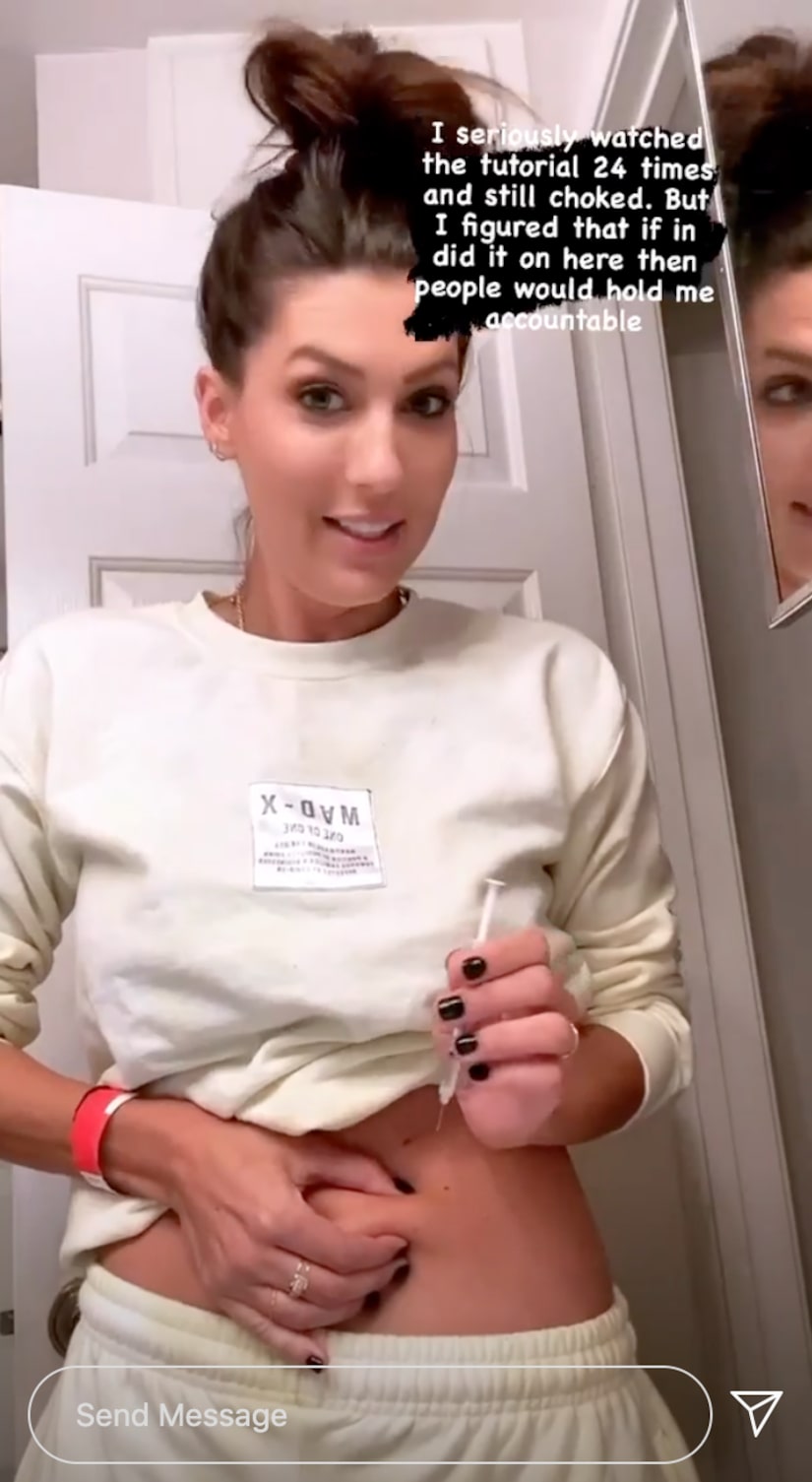 She added, "I figure I want to try to document it and share it with you guys as much as I can, because I think it’s so important as women we know about our bodies and our options. For me, I’m not old but I’m not a spring chicken. I want kids one day and that’s not anytime soon, so I figured why not do it now in quarantine."

Becca added a Highlights section to her Instagram page where she’ll document all of her egg freezing updates.

Becca turned 30 in April and announced her breakup with fiancé Garrett Yrigoyen in September. In a recent "Bachelor Happy Hour" episode, Becca spoke with co-host Rachel Lindsay about how she’s loving her 30s. She just moved to Los Angeles and is more than ready to start a new chapter.

Rachel told her, "I can’t tell you what it is about turning 30, but it’s like a lightbulb going off. There is something magical about your 30s and I am so excited for you!"

Becca responded, "When you just said 'magic,' that’s how I feel. It feels like this weird, magical spot I’m in right now. Maybe it’s because I moved to L.A. and it’s this new chapter, but it just feels like magic."