Clare Crawley is all about following her gut instincts, and that’s precisely what she did on the season premiere of "The Bachelorette."

Clare joined Rachel Lindsay and Becca Kufrin on "Bachelor Happy Hour" and talked about how it feels to finally have her season on air six months after being announced as the new leading lady.

The 39-year-old reiterated on the podcast as well as on "The Bachelorette" how grateful she felt for the men who took the risk and flew to Palm Springs, California, to meet her. Rachel asked whether Clare regretted any decisions she made that fateful first night.

Clare adamantly replied "no," explaining, "I will say no because I don’t want to live life like that. I chose to do and say the things I did because that’s what felt right in my gut. Throughout the entire journey, I’ve said it a million times, I might not make the right decisions that other people might make or the best decision somebody else thinks I should make."

The new Bachelorette continued, "One thing I will never do is not listen to my gut and I will never disappoint myself to make other people happy. The decisions I made and what I chose to do and say at that time was what I felt. I’ll never regret that or take that back."

Clare said she was "incredibly proud" of herself and the season as a whole. She said, "I know the outside looking in it seems like it’s a blip of a thing where it’s just a season that happens. It’s a TV show for people, but this is something, you know, I’ve been waiting my whole life for. To know that this experience, I just got through it, it’s almost a sense of 'I did that.'"

Her season didn’t come without obstacles. The coronavirus pandemic caused a worldwide shutdown right when Clare’s season was about to film, but there’s no stopping a good love story. Clare and the guys arrived at La Quinta Resort & Club and took COVID-19 tests before being allowed to meet her.

Becca asked on the podcast what it was like finally being able to hug and embrace someone after so many months of quarantine. 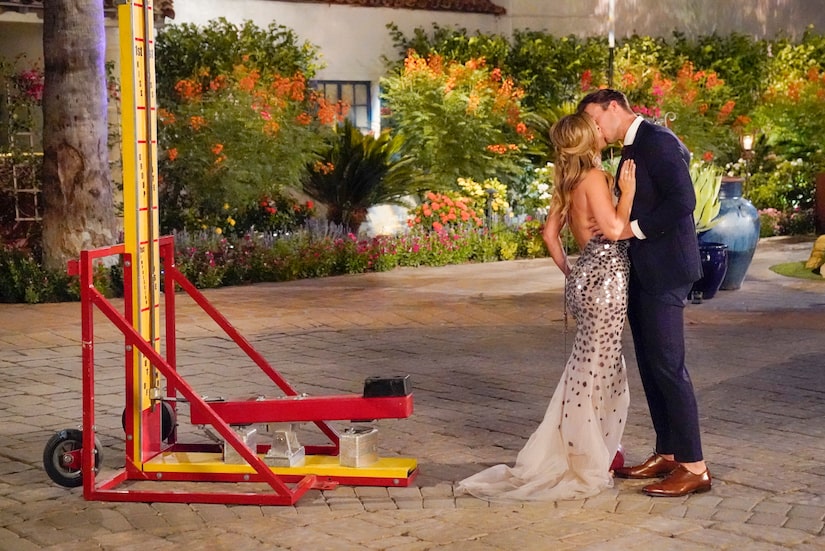 Clare responded, "It was just such an honor to have so many guys show up for me."

She wanted to get to know all of them and talk to as many as possible, which made that first night "the longest first Rose Ceremony in the history of the show."

According to Clare, they "went until, like, 10 in the morning."

To hear what else Clare has to say about the rumors swirling around about her season, how she blew up "The Bachelorette," and more, be sure to listen to the full "Bachelor Happy Hour" episode now!

"The Bachelorette" airs Tuesdays at 8 p.m. on ABC.