What's a "Bachelor" or "Bachelorette" competition without Fred Willard at the microphone offering commentary about the situation at hand?

Willard made his first Bachelor Nation appearance on Arie Luyendyk Jr.’s season of "The Bachelor." He later appeared on Becca Kufrin, Hannah Brown, and Peter Weber’s seasons. The prolific actor passed away May 15 at age 86.

Chris Harrison paid homage to the late actor Tuesday, who became the host’s friend thanks to Willard’s many cameos on the show. Clare Crawley put her men to the test on Tuesday’s episode during a strip dodgeball date, and Chris knew Willard would have given some of his best one-liners.

Chris posted a photo on his Instagram Story of himself sitting at the dodgeball judge table and wrote about a symbolic moment he had before the date. He captioned it, "We started the night with an empty chair in honor of the late Fred Willard. This would’ve been his date and he would’ve crushed it." 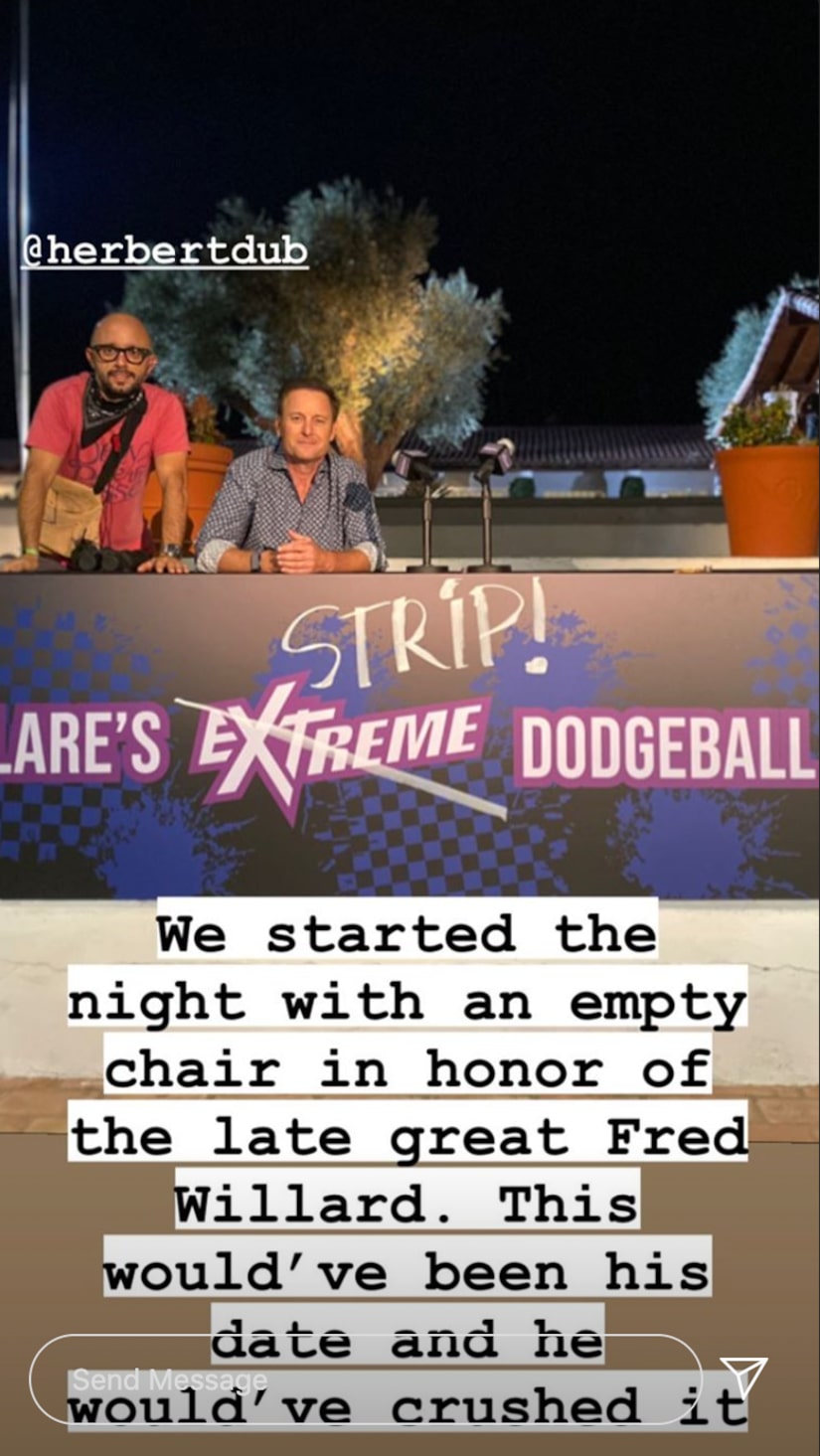 Eazy spoke with Rachel Lindsay and Becca on the new episode of "Bachelor Happy Hour" about the dodgeball date and said it was "all fun and games."

While there was a loss of clothing during the date, Fred Willard surely would not have been at a loss for words had he been there.