The secret ingredient for many recipes is usually a hefty serving of love, and DeAnna Pappas and Stephen Stagliano tasted that Thursday afternoon.

Their children Addison and Austin turned their backyard into a makeshift restaurant in honor of DeAnna and Stephen’s nine-year wedding anniversary. The Season 4 Bachelorette documented the five-star lunch on her Instagram Story, which included Addison presenting them with an arugula salad, as well as red Gatorade.

In one Story, DeAnna shows Addison wiping down the table and says, "This is exceptional service at this restaurant for our anniversary lunch. I’m going to put a note in to the manager and let them know what great servers you are." 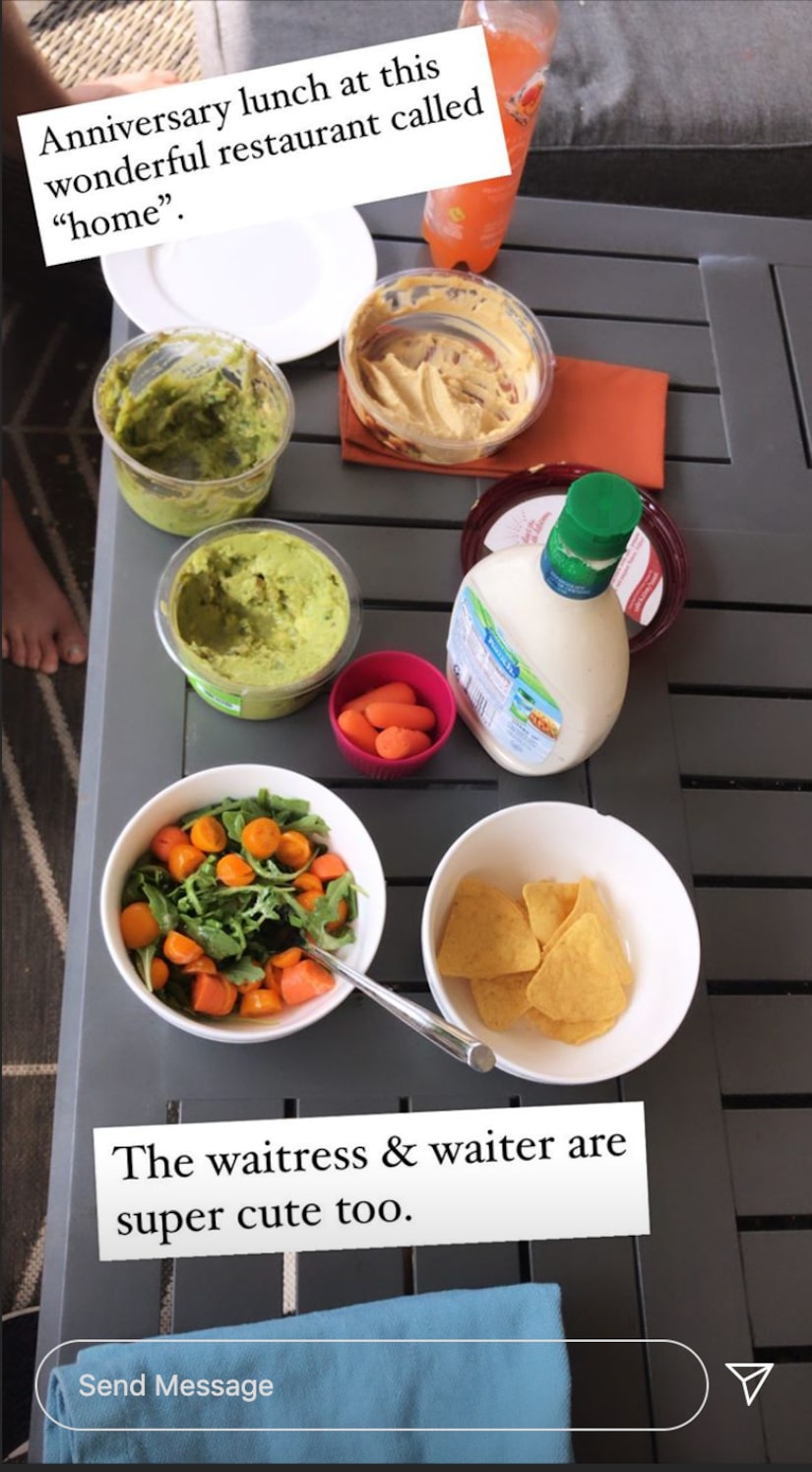 Austin asks, "How many dollars?"

DeAnna also posted a photo of the spread of food, which included guacamole, hummus, and tortilla chips. She captioned it, "Anniversary lunch at this wonderful restaurant called 'home.' The waitress & waiter are super cute too."

In a subsequent Story, DeAnna notes, "I’ve never been to a restaurant where the waiter sits right down with you and starts eating your food."

Austin is seen eating a chip and Addison asserts in the background, "Austin, stop!"

Clearly, Austin and Addison have been watching DeAnna’s Instagram cooking shows and soaking up her advice!

DeAnna and Stephen tied the knot October 22, 2011, in Palmetto, Georgia. DeAnna paid tribute to their anniversary on Instagram and wrote about how "lucky" she felt being married to Stephen.

She wrote, "This time 9 years ago, I was in a room filled with my most favorite women & feeling so incredibly loved. Excited for the wedding & reception and to see our family & friends. Most of all, I remember feeling so loved & lucky to be marrying Stephen."

DeAnna added in her caption, "Waking up this morning, staring at our beautiful family, the life we’ve built, the commitment to our marriage, & the love we still share for one another, I AM STILL THE LUCKY ONE. I love you, Stephen. With my whole heart & my entire being. Thank you for saving me."