The stay-at-home orders will be much more fun now for Addison and Austin Stagliano.

According to DeAnna, the treehouse features a central area "with a drop down table to the kids could eat & play up there." The table folds to "give them extra space" to meander around their new play area. 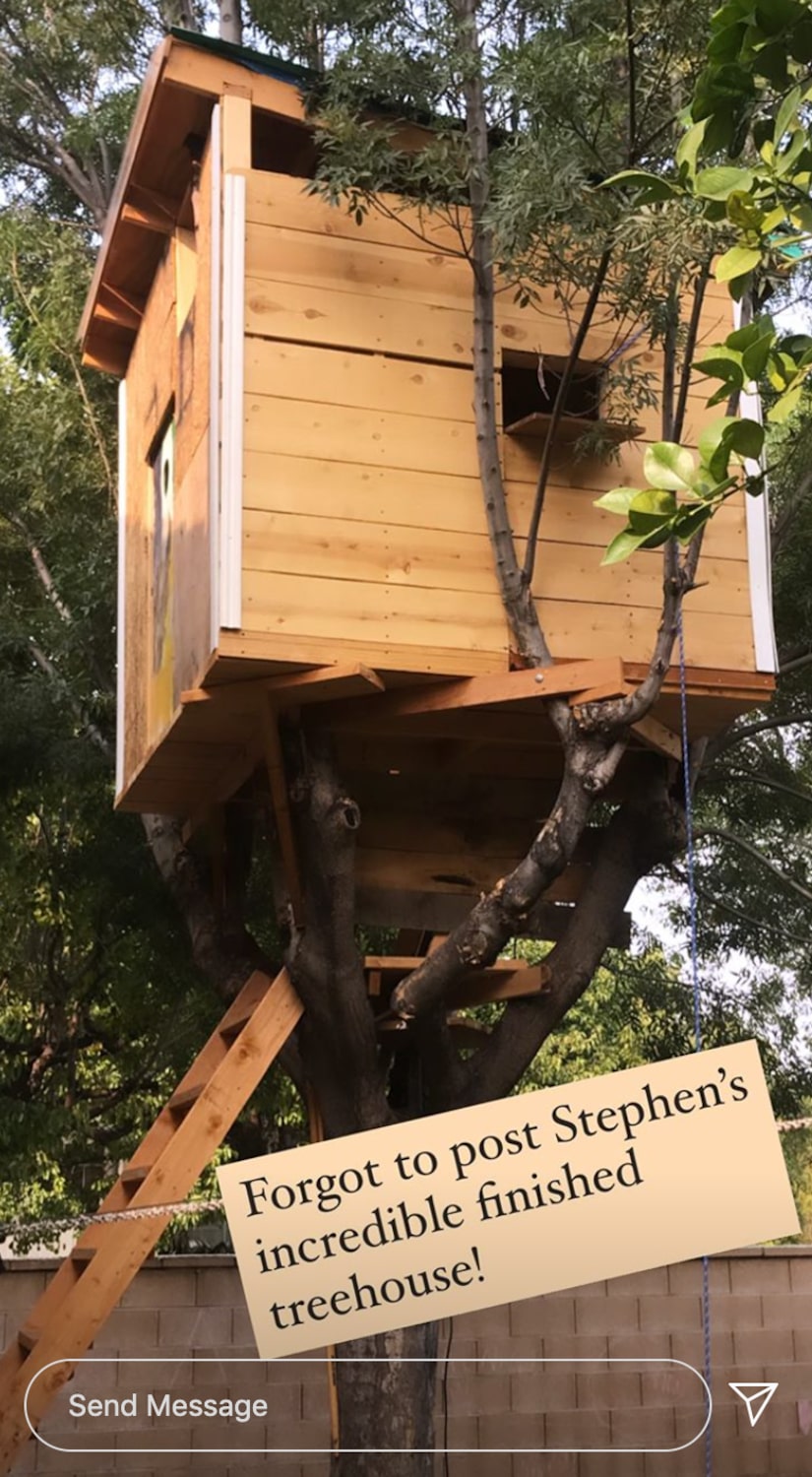 DeAnna and Stephen weren’t the only Bachelor Nation parents to build treehouses for their kids. In August, Chris Lambton completed one in his backyard for his two kids, Lyla and Hayes.

Just as Austin and Addison get their own play area in the backyard, DeAnna has a new space of sorts, too. DeAnna and Stephen redid their living room at the end of September and into early October and got all new furniture as well as a "learning space" for her kids.

DeAnna and Stephen bid adieu to their 25-year-old couch and replaced it with a gray sectional sofa. They also added an area rug and ottomans to their newly furnished room.

The Season 4 Bachelorette and her husband celebrated their ninth wedding anniversary October 22, and their kids went all out by preparing lunch and snacks in the backyard.