History can repeat itself on "The Bachelorette," and there was one moment in particular on Tuesday’s episode that stood out to Jordan Rodgers and JoJo Fletcher.

The episode began with Clare Crawley sitting down with Yosef, who confronted her about how "ashamed" he was about the dodgeball date. Clare kicks him out and sends him home after he continuously interrupts her and yells at her for speaking over him. She starts crying, but then Dale finds her and comforts her.

Jordan shared his thoughts about the episode on his Instagram Story, and spoke about how this scene made him recall a moment when JoJo dealt with her own troubles on her season of "The Bachelorette."

The former NFL player said, "We were just watching the craziness, and when Dale rushes off to comfort Clare, JoJo reminded me — I totally forgot about this. We were in Uruguay and some crazy tabloids came out and she was a mess."

He continued, "You told us what happened and she was a mess. All of the guys were in shock and I just got up and followed her out of the room."

JoJo found a photo of the moment Jordan found and hugged her, and she said, "It was like that moment that Clare just had with Dale. I was like, 'Jordan, that was like what we had!'"

He captioned the picture, "Our Dale and Clare moment." 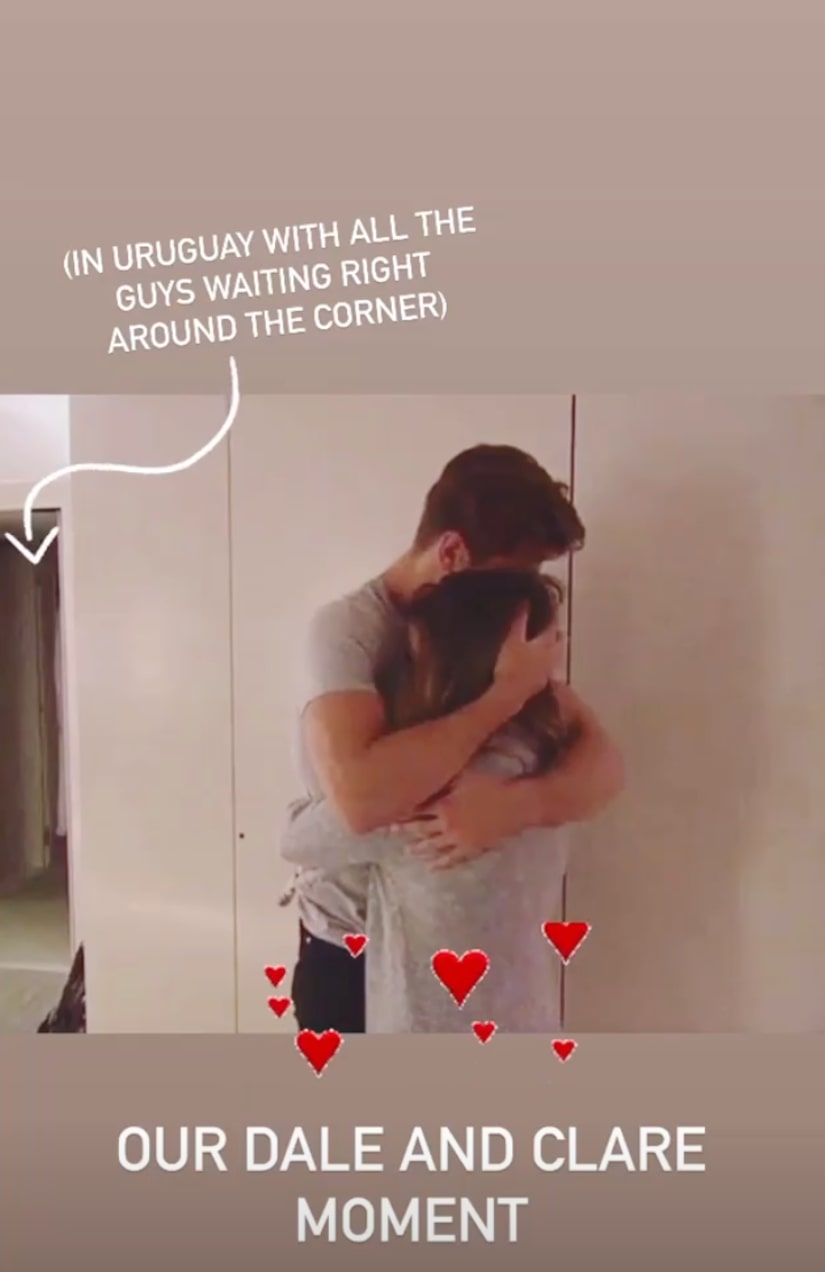 "Bachelorette" fans will get even more JoJo this season as she temporarily stands in for Chris Harrison.

The beloved couple have compared their relationship to Clare and Dale’s a few times now. JoJo recently shared with Us Weekly, "It’s funny because when I saw Jordan come out of the limo, I obviously was super excited and giddy, and I knew he was the one that I wanted to talk to."

In terms of Clare, JoJo said, "I literally feel like she fell in love in that moment. And it was so weird. I had never seen anything like it out of all the seasons I’ve ever watched."