Hannah shared on her Instagram Story and timeline Thursday that the "Bachelor in Paradise" couple bought a house and the deal was finalized. In her main Instagram post, Hannah added a photo of herself drinking wine while Dylan holds boxes and speaks to her.

She captioned it, "in other news... we got a house!!! I’m freaking out and so so soooo excited! 🤯 packing is going well and I’m lucky that we are such a balanced team lol."

As for interior design, Hannah explained on her Story that she and Dylan are hoping to "start from scratch." She said they’re opting for "modern, little French, California/earthy" décor. Based on the few photos and peeks Hannah and Dylan have shared, their new home has a backyard area, a grill, outdoor seating, and plenty of light. 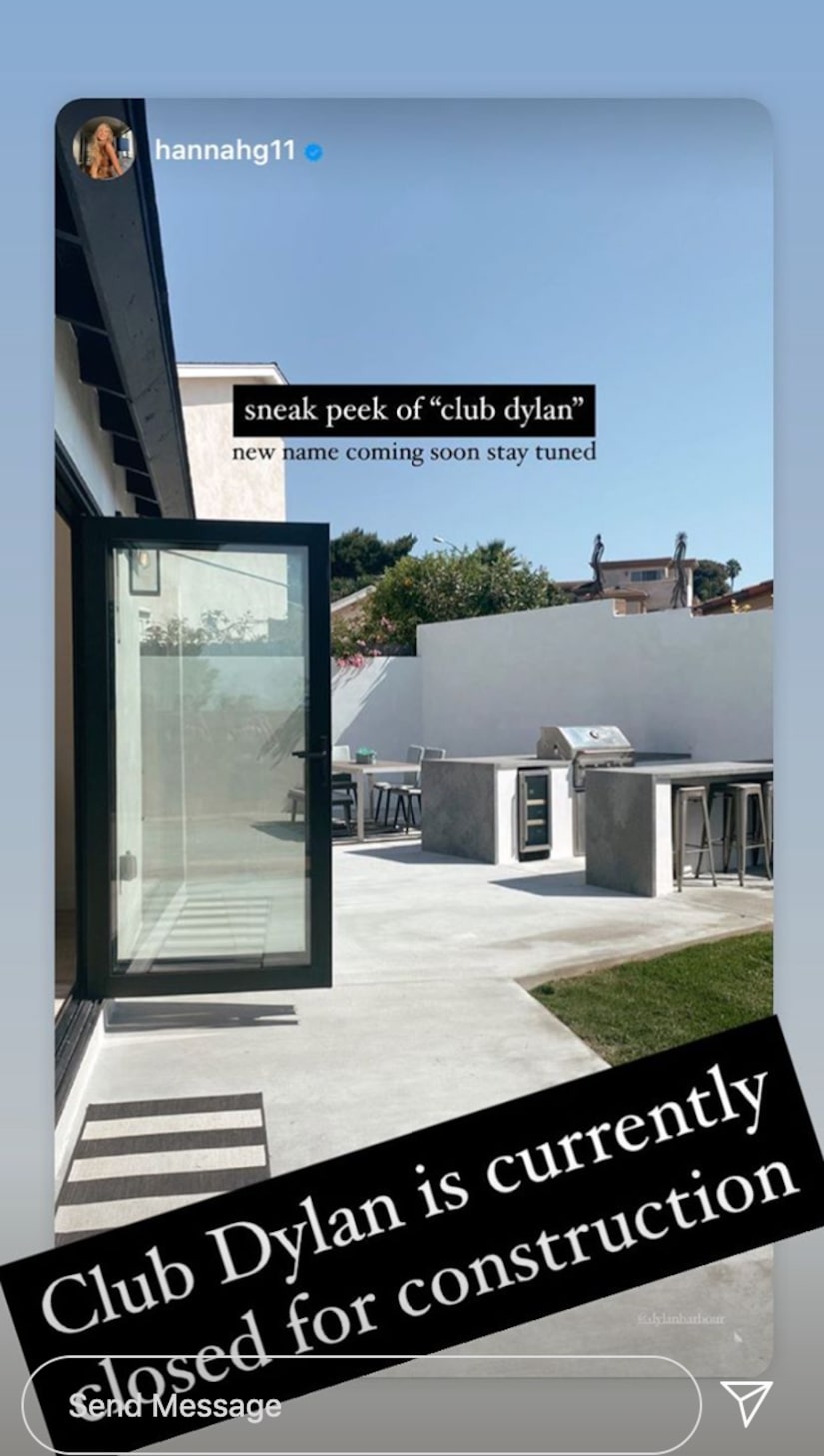 They've dubbed it "Club Dylan" for now, but joked there will be a "new name coming soon."

Hannah moved to California last year after getting engaged to Dylan on Season 6 of "Bachelor in Paradise." In June, they celebrated their one-year anniversary. She wrote on Instagram at the time, "what a whirlwind. thanks for the most epic year of my life @dylanbarbour. I never knew I could be so happy, to many more!"

Right after the "Paradise" finale, Dylan and Hannah spoke with "Bachelor Nation" about their relationship and explained their favorite daily ritual from the show.

Hannah shared, "Every day, first thing in the morning, we would see each other for breakfast. We knew what each other wanted; it’s just a little thing, but it was always 'I’ll meet you at breakfast."

Now they can do that every day in their new home together. Congrats, Dylan and Hannah!