Carly Waddell and Evan Bass' son Charlie turned 1 on November 12, so what better way to celebrate the big day than with Big Bird himself?

Carly, Evan, and their daughter Bella joined Charlie for a "Sesame Street"-themed birthday party at home. Carly decorated the room with a giant "Sesame Street" banner with many of the show’s most popular characters on it, including Elmo, Big Bird, Cookie Monster, Grover, and Abby Cadabby. It said "Happy Birthday!" in large lettering and also included drawings of balloons, streamers, and Elmo in a party hat.

To top off the theme, Charlie had his own red, white, and blue smash cake with Elmo and Grover candles on it.

Carly captured some images from the night with Charlie sitting in front of the décor, including one of him crying with frosting all over his face.

She captioned it, "Happy 1st birthday to the my Cookie Monster! He screamed the whole time during the cake smash cuz his fingers got dirty and then got into a warm bath and was the happiest boy on the planet 🤣 Love you Charlie! Can’t believe it’s been a year!" 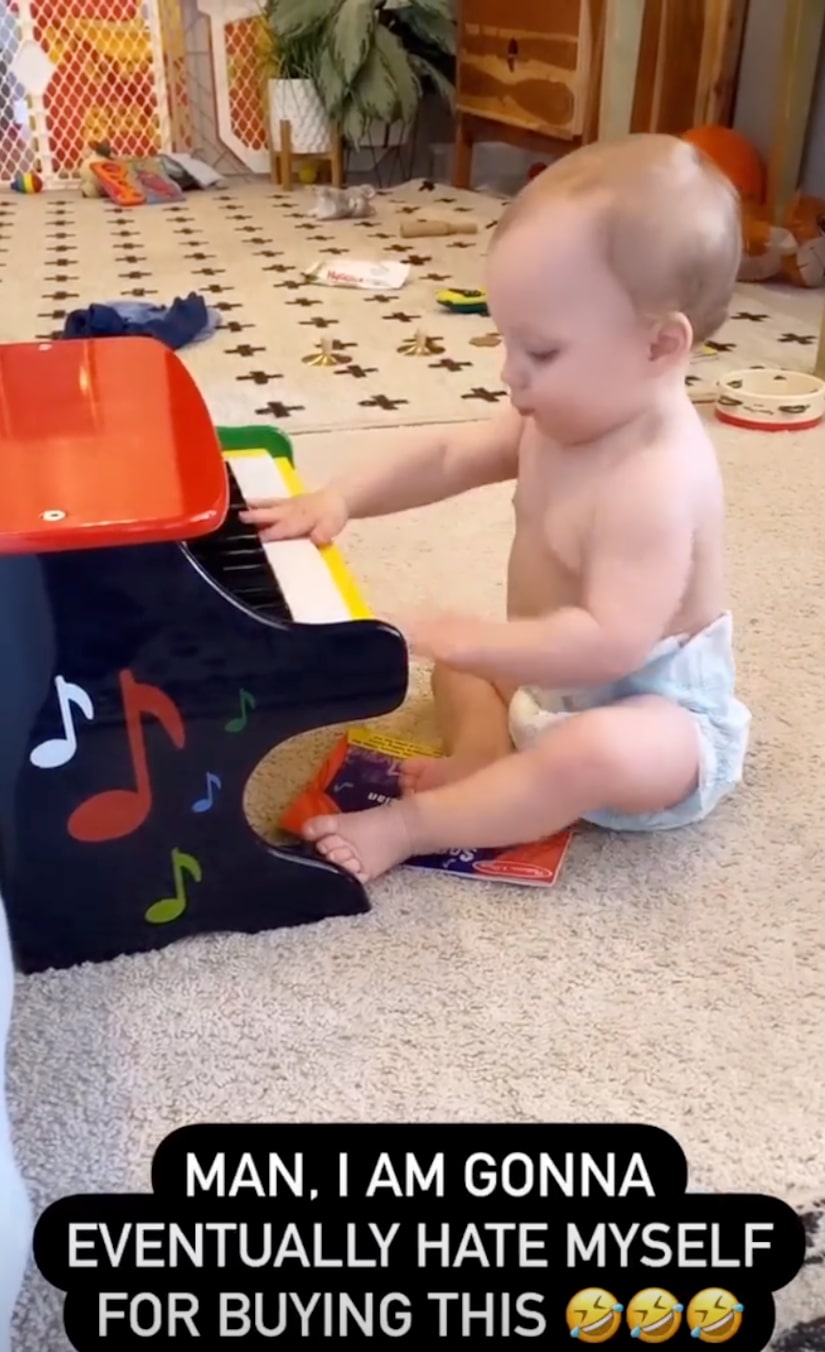 Carly, who is a singer, wanted to keep the musical traditions going in her family and gifted Charlie with a small toy piano. She posted a video of him playing it on her Instagram Story and joked, "Man, I am gonna eventually hate myself for buying this."

He appeared extremely amused by all the different sounds and cooed in delight.