Tayshia Adams took her couture looks from the Rose Ceremony to the red carpet as she dazzled at the 2020 American Music Awards. The award show was held Sunday, November 22, at Microsoft Theater in Los Angeles.

Last week, it was announced that Tayshia would take the stage at the annual fan-based awards show, and she did not disappoint. According to "Bachelor" and "Bachelorette" stylist Cary Fetman, Tayshia sparkled in a long-sleeve blue Balmain minidress with silver designs. 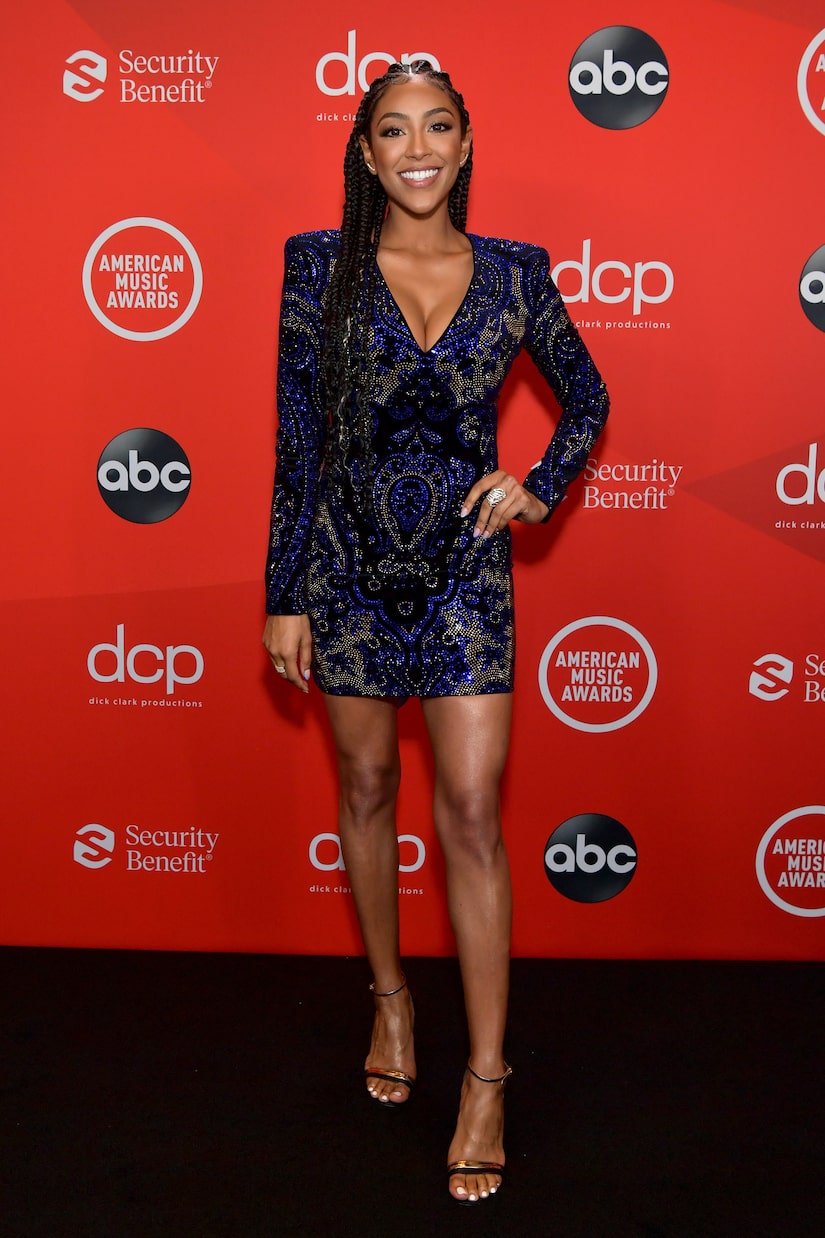 She joined the likes of Jennifer Lopez and Machine Gun Kelly, who also wore Balmain to the show.

The sparkles didn’t stop at Tayshia’s dress, either! She paired the look with diamond rings and jewels.

On Friday, just two days before the AMAs, Tayshia debuted a stunning new hairstyle, too, in honor of the big night. She shared on Instagram, "✨Ya girl got BRAIDS! ✨ I’m presenting at the @amas this Sunday so I had go for a fun look!! 😉"

She continues to impress with her style on and off the show, and we can’t wait to see what looks she serves up next!

Be sure to tune in to Tayshia's journey on "The Bachelorette" Tuesdays at 8 p.m. on ABC.