Joe, the 36-year-old anesthesiologist from New York, is the epitome of Mr. Nice Guy. He immediately became a fan favorite on this season of "The Bachelorette" thanks to his lack of trash talking during the wrestling date, his quippy remarks, and his total avoidance of any drama whatsoever.

Bachelor Nation, therefore, felt collective heartbreak Tuesday when Tayshia Adams sent him home at the Rose Ceremony. There are already calls for him to be the next Bachelor (after Matt James, of course), and social media is rallying around him after the heart-wrenching episode.

Joe spoke with Entertainment Weekly about his time on the show, being a doctor during the COVID era, and whether or not he’s still single (spoiler alert: he is). By the way, Joe was named as one of New York’s most eligible bachelors in 2017. 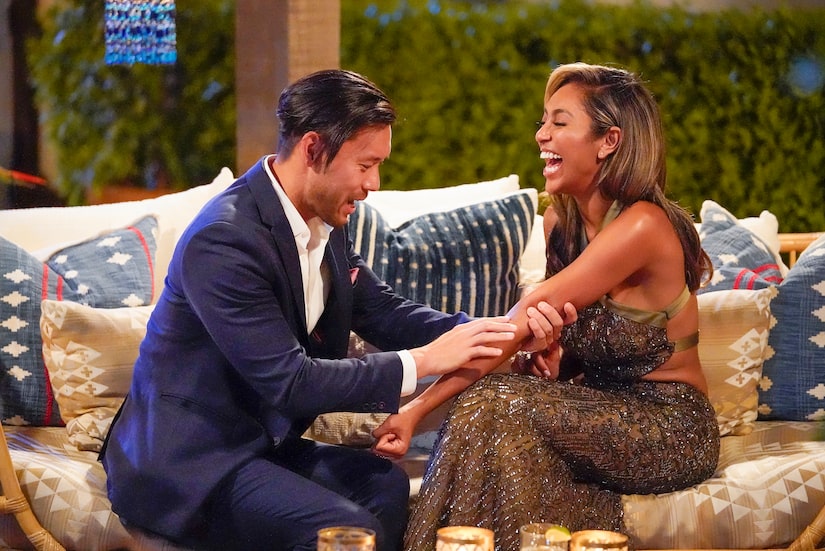 Joe found his way to La Quinta Resort & Club after a producer reached out to him. Joe explained that both being a doctor amid the "harrowing" coronavirus pandemic and getting sick from it showed him to look at his life a new way.

He said, "If COVID has taught us anything, it would be seize the moment and just take advantage of opportunities given to you. This is not something that I would normally have done, but at this junction I was like, 2020 is such a weird year, so... That's kind of how it happened."

Joe added, "I don't want to get too dark, but during that time, it taught me so much about what's really important. I think all of us collectively realized, you know what's important? Being around friends, being around family, traveling, collectively experiencing things, shared experiences, like concerts and things like that."

The doctor gushed to the publication about meeting Tayshia, saying she has "a vibrance about her that is undeniable."

Joe stuck out during the wrestling date when his version of "trash talking" meant telling Spencer he was "a really nice guy." He said he "doesn’t have that killer instinct anymore" when it comes to trash talking. Rather, he’d just focus on being "all in this together."

He commended all the guys for being "quality people," joking that he even "fell in love with Brendan." Ivan was another one of his close pals.

Joe made sure to clarify to Entertainment Weekly that he hasn’t always been so perfect.

"In third grade, I definitely stole a piece of candy from a convenience store one time," he revealed. "I'm going to dry out that dirty laundry right here. My mom did scold me, and I think I'm a changed man after that. I did my time, I got grounded and I'm trying to live a pretty decent life thereafter."

As for qualities he looks for in a woman (listen up!), he thinks "kindness and gentleness" reign supreme.

Joe confirmed that he is still single — "very single," in fact — and finds the advocacy for him to be Bachelor "flattering."

He said, "I was like, man, I hope I'm not still single by 2022. I hope I'm in a committed relationship by then! I appreciate it, don't get me wrong. It's flattering. But it's like, jeez, I'm not getting any younger."