Admittedly, Joe, the 36-year-old anesthesiologist from New York City, has flown under the radar a bit on this season of "The Bachelorette."

When Joe does make it onscreen, he has moments that stand out for their genuineness and, oftentimes, humor. He had a great one-liner when he met Clare Crawley the first night as he pulled out his stethoscope and said, "I’m here to save your life — your love life."

These same types of jokes came out during the unforgettable Bachelorette roast, but Joe’s quirky personality and sense of humor truly took center stage on Tuesday’s episode of "The Bachelorette."

Joe gave it all during the "grown-ass man" date. He said before they arrived, "The date today is about how Tayshia is looking for a grown-ass man, and I’m really excited to show her how grown my ass is as a man." 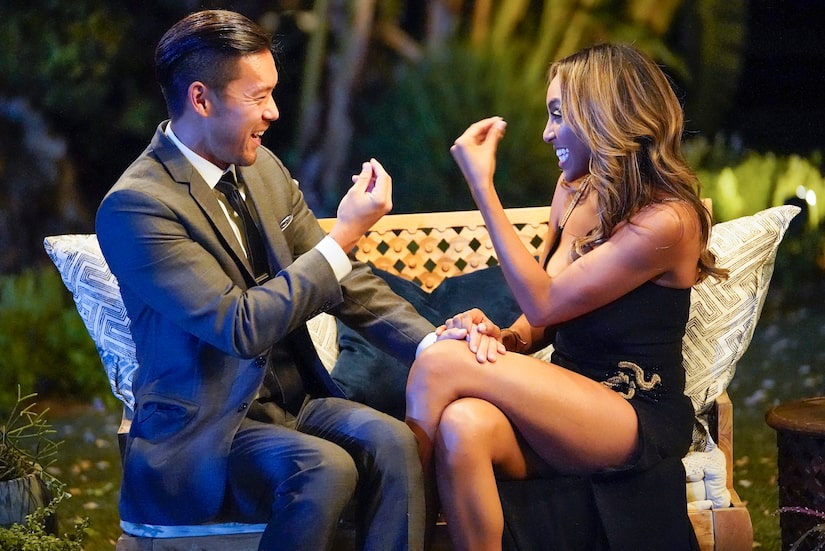 While we don’t know exactly how many questions he answered correctly during the math and spelling portion, it’s safe to assume he didn’t spell limousine "limosine" or else we would’ve seen it. As for the active part of it, Joe went up against Ivan in the tug-of-war for the bouquet. He gave a valiant effort, but also didn’t stand much of a chance once Ivan got his momentum going.

At the cocktail party before the Rose Ceremony, Joe and Tayshia bonded over their families and he even showed her a small photograph of his family he kept in his pocket.

Joe got picked for the wrestling date, which he admitted "scared" him a bit.

He commented, "What worries me is that I have former NFL players here. Eazy is just yoked. Former collegiate basketball players here. Chasen is very thick as well."

Joe, hyping himself up, added, "I don’t want to brag here, but I was all-conference in volleyball in high school. I might be in some trouble."

All-conference in high school is just as impressive, Joe!

Dr. Joe also seems to steer clear of any drama. During one group date party, he sat between Ed and Chasen and listened to their bickering, but Joe remained silent.

He brought that caring side of him to the smack talk round of the wrestling date. While Chasen said things like, "You’re not waking up tomorrow after this," and Brendan asserted, "Ed, I’m drinking all your Red Bulls tonight and what are you gonna do about it?" Joe went a different route.

Joe went up against Spencer for some smack talk and responded to Spencer’s "Joe, I like you, but I’m going to have to kill you" by yelling, "I just want you to know, you’re a really nice guy!"

He continued, "You’ve got nice eyes too! Your chest is pretty strong!"

Joe was pitted against Eazy in the first wrestling match, and said beforehand, "I know I should say something like, 'I was born for this!' or 'Hell, yeah!' but I’m also a little scared."

Eazy took him down almost instantly, with Chris Harrison commenting, "That’s what we call a mercy kill."

Joe expressed after the match, "It sucks to lose, but I’m a lover, not a fighter."

We can’t wait to see what other moments Joe brings to the table on "The Bachelorette," which airs Tuesdays at 8 p.m. on ABC.