While sharing her thoughts on the latest episode of “The Bachelorette,” Rachel Lindsay compared contestant Ben Smith to her ex Peter Kraus.

Ben does “just enough” to get by, Rachel told co-host Becca Kufrin during the December 16 installment of their “Bachelor Happy Hour” podcast. 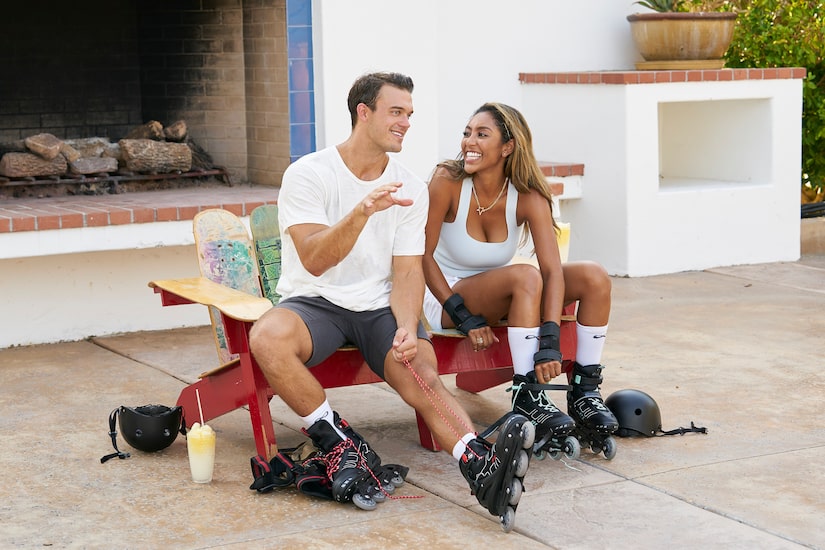 The former Bachelorette then elaborated on the similarities she sees between Ben and Peter. “He reminds me of him in the way that, like, he gives you just enough,” she continued. “But if you really break down what he’s saying, it doesn’t match up. So it’s like, ‘I don’t believe you. Like, I’m into you. I like you. I feel it, but there’s something that I can’t explain that’s not adding up here.’”

As Bachelor Nation will recall, Peter seemed unable to commit as he expressed doubt about proposing to Rachel toward the end of her “Bachelorette” season in 2017. Peter placed second, with Rachel handing her final rose to Bryan Abasolo, whom she went on to wed in August 2019. Meanwhile, on the current season, Ben failed to tell Tayshia Adams that he was falling in love with her — and a perceived lack of emotion ultimately led to his departure after Hometown Dates.

According to Rachel, Ben’s behavior comes as part of an attempt to star as the next Bachelor.

“Ben 1,000 percent wants to be the Bachelor,” she said. “I beg producers, please don’t do it. We’ve been here before with the person who is so desperate to be the lead. It never works out. When they want it so badly, when they’ve been planning for it, calculating, made certain moves to get to that point and then you give it to them, it always messes up.”

Added Rachel, “There are so many great men from the Clare [Crawley]-Tayshia season. Don’t pick him. I don’t want to see it.”

See what else Rachel had to say in the video below — and don’t forget to subscribe to “Bachelor Happy Hour” on Apple Podcasts.

Find out how Tayshia’s journey concludes when “The Bachelorette” Season 16 finale airs in two parts next week on Monday and Tuesday at 8 p.m. on ABC. 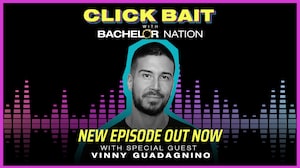 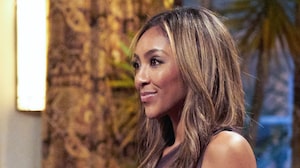 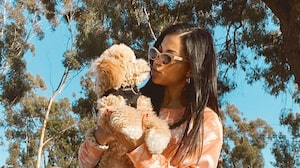 We're Not Crying, You Are, Bachelor Nation! Katie Morton Reunites with Her Dog After Month Apart in Sweet Video 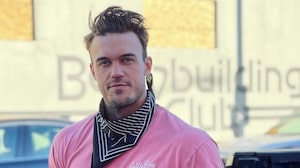