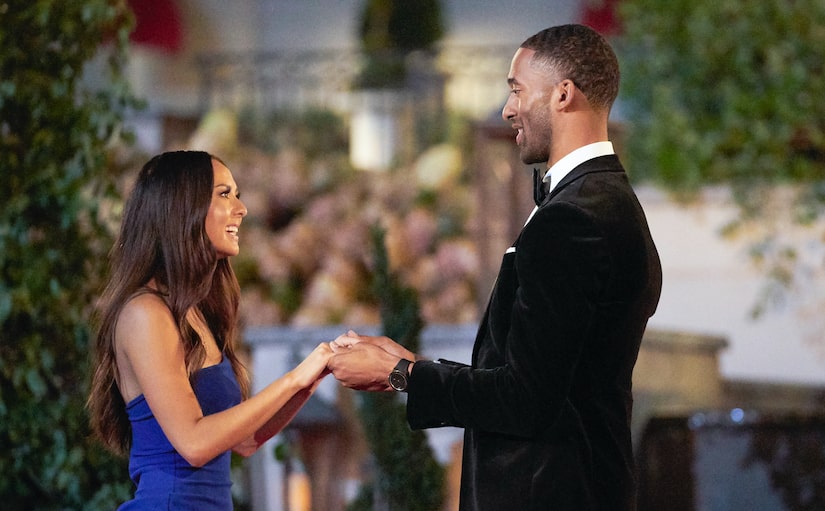 Shortly after his journey as the Bachelor commenced on Monday night’s Season 25 premiere, Matt James — the first Black male lead in the franchise’s nearly 19 years on air — addressed his 32 contestants with a prayer rather than a traditional champagne toast.

“He did open up with a prayer. I honestly just thought it was such a beautiful moment because we were all there and we were getting ready to do a toast,” the stunning Oregon native recalled. “I don’t want to use the word superficial — but I think a lot of times, a toast is just like, ‘Here’s to the journey,’ and then he goes off and talks to the women. And you still don’t really know that much about him at that point, so you’re kind of thinking, ‘OK, who is Matt? What is he bringing to the table?’”

She continued, “So the fact that he opened up with a prayer, I think he was just so vulnerable when he did that and so genuine. It really just set the stage and the girls really wanted to be on their A-game after that because we were like, ‘Wow, he’s such a catch.’ The fact that he could stand there in front of 30-plus women and do that, I thought it was a super beautiful moment. I don’t think any of us were expecting for him to do that.”

Abigail had no need to worry about impressing Matt, as they formed an instant connection during night one of filming at Farmington, Pennsylvania’s Nemacolin Woodlands Resort. She received Matt’s First Impression Rose — and first kiss of the season! — after opening up to the handsome commercial real estate broker about being “born completely deaf” in an emotional heart-to-heart.

“Going into this whole process, I was just, like, I’m going to go all out. I’m just going to lay it out there and see how he takes it,” she said, later adding that she typically doesn’t bring up her disability with prospective romantic partners.

“Is it something that he wants to learn more about? Is it something where he wants to see what a relationship with a deaf person would be like? That’s why I did it the first night,” Abigail explained. “I think that’s why I was riding on such a high, too, because it was something I had been so insecure about. And, so, to open up about it and to not only have him acknowledge it but to actually see it as a really attractive quality, it was just a really special moment for sure. It just kind of came full circle.” 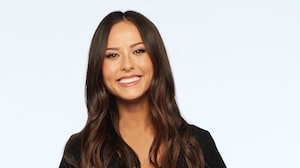 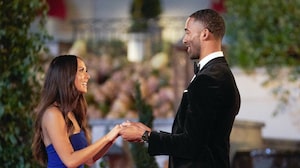