Grab your popcorn, Bachelor Nation! As seen in a teaser for next week’s episode of “The Bachelor,” drama intensifies even after Matt James sent pot stirrers Queen Victoria Larson and Anna Redman home on the series’ February 1 installment.

New conflicts set the stage for the shocking return of Heather Martin to the franchise. As fans are well aware, the blonde beauty previously appeared on Colton Underwood’s Season 23 of “The Bachelor” in 2019.

“This is my worst nightmare,” Chelsea Vaughn states, while Abigail Heringer adds, “I’m not even upset yet. Like, I’m just angry.”

In another moment, MJ Snyder — whose quarrel with fellow contestant Jessenia Cruz raised eyebrows during Week 5 of Season 25 — seems to express remorse to Matt for causing discord. “My biggest fear is losing you,” the stunning hairstylist tells the handsome lead.

“I’m trying to keep it together right now,” she says elsewhere, describing the emotional disarray she is experiencing.

Meanwhile, Ryan Claytor and Michelle Young deal with the chaos by screaming loudly into the night sky.

Later, another feud emerges. This time, it’s between Katie Thurston and Serena Chew. “You’re lighting all these little fires everywhere. You are the freaking arsonist,” Serena snarls at Katie.

“I’m just so over the drama,” Katie laments to the camera. In another instance, she is seen shouting at Serena, “Let me talk!”

Next, Pieper enjoys a carnival-themed one-on-one date with Matt. Still, her uncertainty about their future pushes her to tears. “I just hate caring this much and not knowing what it’s all for,” she cries in a confessional.

Week 6 also features an appearance from Matt’s best friend and fellow Bachelor Nation star Tyler Cameron. “Bro, there’s so much s--t. I don’t even know where to start,” Matt tells Tyler over a game of pool.

Finally, Heather turns up, arriving at the entrance of the resort in a white minivan. “Hi, my name is Heather Martin. I’m looking for Chris Harrison,” she tells a security guard at the gate.

Upon seeing Heather, Chris warns her, “Heather, what are you doing here? You could honestly destroy this whole thing for Matt.”

See how it all plays out when “The Bachelor” airs Monday on ABC at 8 p.m. ET. 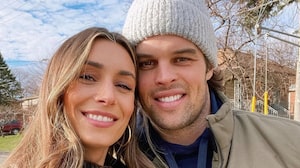 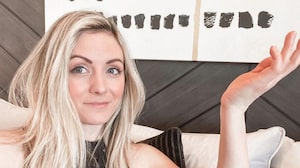 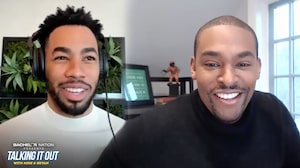 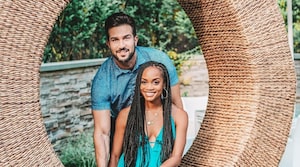