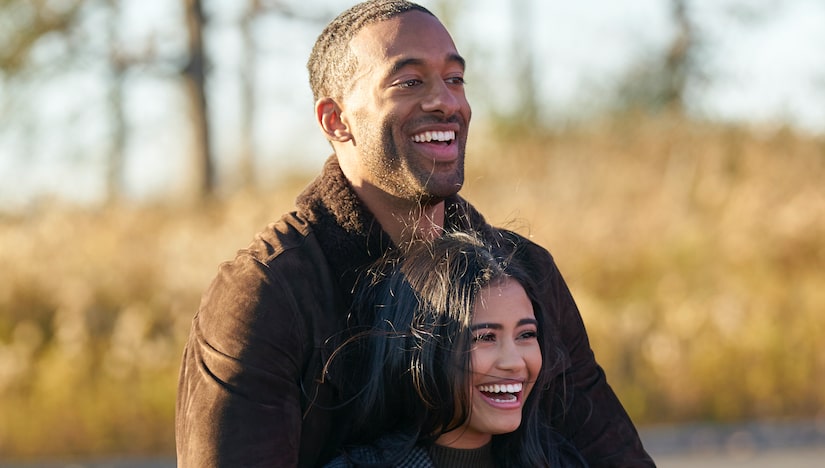 During her interview, the stunning Texas native explained why she believes Matt makes a “wonderful” Bachelor — even if she didn’t win his final rose.

“I didn’t want to hold him to too high of a standard,” Jessenia said, noting the handsome real estate broker’s unusual turn leading the series.

Matt — who had never appeared on any show within the franchise before making history as the first Black Bachelor — was originally cast on Clare Crawley’s Season 16 of “The Bachelorette.” He was asked to front Season 25 after filming for Clare’s season was postponed due to the COVID-19 pandemic.

“I wanted to give him the grace to make his mistakes and try to get by as best as he could. But he totally exceeded my expectations. I think he did wonderful,” Jessenia continued, adding that she admired Matt for the way he shut down drama incited by such polarizing contestants as Queen Victoria Larson, Anna Redman, and MJ Snyder, among others.

“He is really receptive. He definitely is a communication kind of person because once things were brought to his attention, he targeted every situation and he really handled it,” Jessenia explained. “He does make people feel seen. It was something that a lot of the girls and I related on … We would express how Matt was so great at communication and he would always make you feel really good after you had a conversation with him.”

As Bachelor Nation will recall, Jessenia told Matt that she was “falling in love” with him during a one-on-one date that played out on Monday night’s episode. Ultimately, Matt told Jessenia that the feelings weren’t mutual and sent her home.

Asked by Rachel if her declaration was a “last-ditch effort” to make it to next week’s Hometown Dates, the social media marketer clarified, “It wasn’t so much that I was like, ‘Yeah, I’m in love. This is end game.’ But I was falling for him, for sure.”

Elsewhere, Jessenia admitted that she had a feeling her romance with Matt was coming to an end: “Definitely, I’m not gonna lie, I felt it in my gut that I wasn’t going [to Hometowns].” 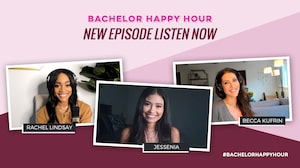 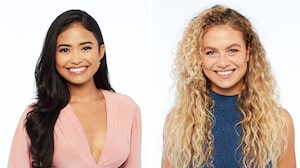