Will they get a co-writing credit? Kaitlyn Bristowe headed over to Instagram on Tuesday to let Bachelor Nation know that she is working on a new song — with a little assistance from her canine besties.

“Helping me write a song. Any guesses what it’s about?” the “Bachelor” alum and part-time pop star captioned a photo of herself working on her laptop while cuddled up on a couch with her adorable golden retrievers, Pinot and Ramen.

Prior to starting on a tune with her pups, Kaitlyn had already released two tracks: “If I’m Being Honest” and “Good for Somebody,” the latter of which she dedicated to her boyfriend, Jason Tartick, when it was released in 2020 on his birthday, October 24.

“My song is OUT NOW. You know why today? Because it’s Jason’s birthday and I wrote it for him,” she posted on Instagram at the time. “When I met Jason I always thought, ‘man, he’s going to be so good for somebody’ not realizing that was going to be me.”

Jason, in his own Instagram post, said he was “speechless” that Kaitlyn wrote a song inspired by their two-year relationship.

“The back story...I was on a zoom with some friends from home to celebrate the bday. Kaitlyn patiently/anxiously awaited me to finish the call,” he wrote. “As I said ‘good bye’ to the guys, she quickly jumped over to show me that she was excited that she just released her song, that she wrote about me, to release on my birthday. The most thoughtful and kind gift I have ever been given...ever!”

When Kaitlyn dropped her debut single “If I’m Being Honest” last May, she opened up about how she was once fearful of making a foray into music.

“If I’m being honest, I didn’t think I would ever release this song. I was too afraid, insecure, and kept doing the classic ‘what if.’ I don’t know who needs to hear this but f*ck the what if’s,” she wrote via Instagram, explaining that the COVID-19 pandemic shifted her outlook. “This uncertain time has shed light on how important time is.”

Kaitlyn explained that the song — which quickly entered Billboard’s all-genre Digital Song Sales chart at No. 21 with 5,000 downloads sold, according to Nielsen Music/MRC Data — had “been collecting dust for over a year” before she finally reached a point where she was ready to share it with the world.

“Singing has always been something that makes my heart happy,” she added. “So if I’m being honest, I’m still feeling insecure, yet PROUD to share this with you now. I even think we can all relate to the lyrics right now.”

We can’t wait to hear what’s next in your discography, Kaitlyn! 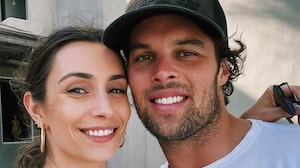 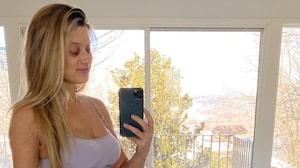