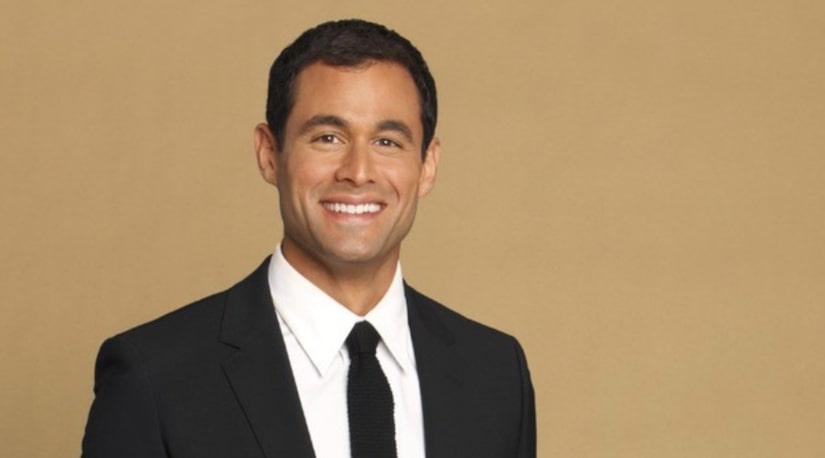 This week marks 12 years since Bachelor Nation was deluged with Jason Mesnick’s tears during the dramatic finale of “The Bachelor” Season 13 in 2009.

The handsome lead left an indelible mark on viewers when he wept uncontrollably after saying goodbye to his runner-up and future wife, Molly Mesnick (née Malaney). The iconic moment took place on the sky-high balcony of a New Zealand hotel, where Jason’s final moments as the Bachelor took place. Thus, the “Mesnick” cry was born.

Jason ultimately proposed to Melissa Rycroft, whom he claimed at the time to be “completely in love” with. However, the Seattle-based real estate broker couldn’t get Molly off his mind throughout his brief engagement to former Dallas Cowboys Cheerleader, which he confessed to Chris Harrison on “After the Final Rose.”

It was during the memorable — and shocking! — “AFR” taping that Jason called it quits with Melissa and then reconciled with Molly. The pair eventually tied the knot in a splashy televised wedding ceremony in February 2010. Today, they share daughter Riley, 7, while Jason has a teenage son named Ty from a previous marriage.

During an appearance on “The Bachelor: Greatest Seasons — Ever!” in the summer of 2020, Jason and Molly opened up about their unconventional journey as a couple — and how pulling a “Mesnick” became “Bachelor” canon.

“I had the last date with Jason before proposal day and I was like, ‘Oh, slam dunk. This is in the bag. He’s gonna choose me.’ But it went different, so I wanted to know, did he know that night?” Molly recalled to host Chris Harrison. “So then, of course, seeing it back on TV and seeing him cry like crazy and lose his mind after I left, I didn’t know any of that happened until it aired.”

Jason jokingly chimed in, “It would be better if it was like, ‘Hey, you got a hole in one. You pulled a “Mesnick!”’ But no, it’s not that.”

At the time, Molly also explained how she was able to reactivate her relationship with Jason despite his decision to get down on one knee for Melissa.

“For us to be able to be on our own, away from the show, take our time, and date as a normal couple — we dated long-distance for 10 months before I moved out to Seattle. It was perfect. It allowed us to just be regular,” she said.

“We were on ‘The Bachelor.’ There are 25 girls and I understand that maybe it could have been a little confusing. So, it wasn’t something that wore on me all the time, that was like, ‘Oh my gosh, why did he choose her and not me?’” Molly elaborated. “The minute we started dating again, I put that in the past and we moved forward.”

She went on to say that “time truly does heal all wounds.” In fact, Molly said she would even extend a dinner invite to Melissa, who shares three children — Ava, 10, Beckett, 6, and Cayson, 4 — with her husband of 11 years, Tye Strickland.

“Melissa has sent messages. Everyone is exactly where they are supposed to be right now,” Molly said. “There’s no hard feelings, no one’s bitter, I would welcome any of those people [from ‘The Bachelor’ Season 13] into our house today.”

Watch Jason and Molly discuss the “Mesnick” cry below. 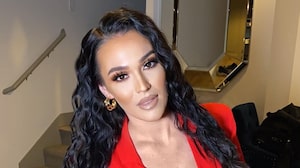 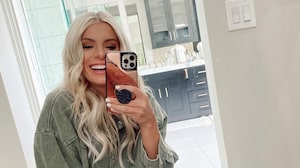 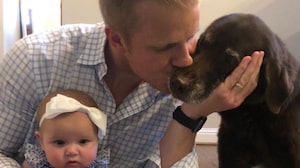 Sean Lowe & Catherine Giudici Mourn Their Dog Ellie in Emotional Posts: 'You Have Been So Loved' 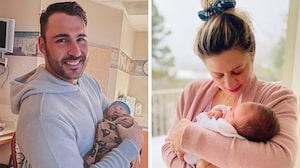 Bachelor Nation Baby Boom! The Latest on the Franchise's Newest Little Ones and Future Bundles of Joy