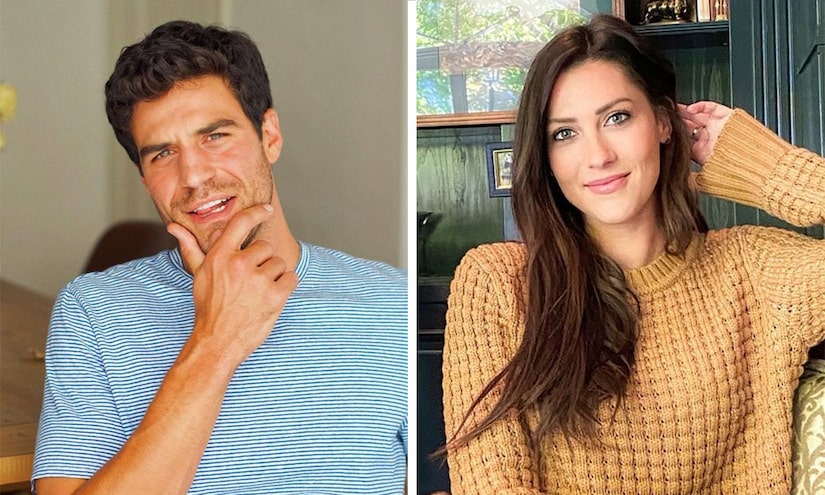 During their chat, Natasha brought up her “Click Bait” colleague Joe Amabile — and questioned Becca about her decision to send the charismatic grocer home on night one of “The Bachelorette” Season 14 in 2018.

“Now that you know Joe outside of night one, thinking back, would you have still sent him home on night one?” Natasha asked.

“Coming in hot early in the morning, Natasha!” Becca said with a laugh, before admitting: “I probably would have kept him around a little bit longer.”

The former lead explained that she eliminated the handsome Illinois native early on in the competition for her heart because he seemed too anxious to continue.

“He has said this himself, too. He was just so nervous that it was like trying to pull teeth on night one talking to him. I just felt bad. I was like, ‘I don’t know if I can put him through an entire season,’” she said. “He probably would have loosened up and gotten more comfortable and it would have been completely different. But yeah, I would [have kept him around longer].”

Despite his short-lived stint on “The Bachelorette,” Joe appeared on Season 5 of “Bachelor in Paradise” — where he found love with Kendall Long, though they ultimately called it quits in 2020 — and later competed on Season 27 of “Dancing with the Stars.”

Becca said that she got to know Joe better just before he hit the beaches of “Paradise” in 2018, months after her “Bachelorette” journey concluded with an engagement to finalist Garrett Yrigoyen. (The couple split in 2020.)

“I actually randomly ran into [Joe] in Chicago when I was there a couple years ago after my season,” Becca recounted. “We were wedding dress shopping for my sister and he happened to be walking across the street as my sister and I were walking into a Bloomingdale’s to go to the bathroom. He was turning the corner into Bloomingdale’s with his friend, and I was like, ‘Joe?!’ It was the night before he left for ‘Paradise,’ so he’s buying all these swim trunks.”

She added, “But then that night he ended up coming out with us and grabbing drinks. He brought his family. His cousins were there. His family was incredible, and so he’s just good people. His family’s good people.”

After spending quality time with Joe off-camera, Becca confessed that she regretted giving him the boot during her very first Rose Ceremony.

“So, yeah, in hindsight, I probably should have kept him around a little bit longer. And I know the production team really wanted him on longer. They really liked Joe, which says something, so I should have listened to them,” she said. “But here we are and now he’s working with my girls [on ‘Click Bait’], so it all worked out.” 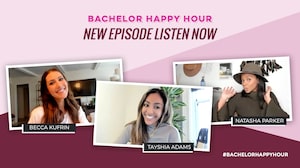