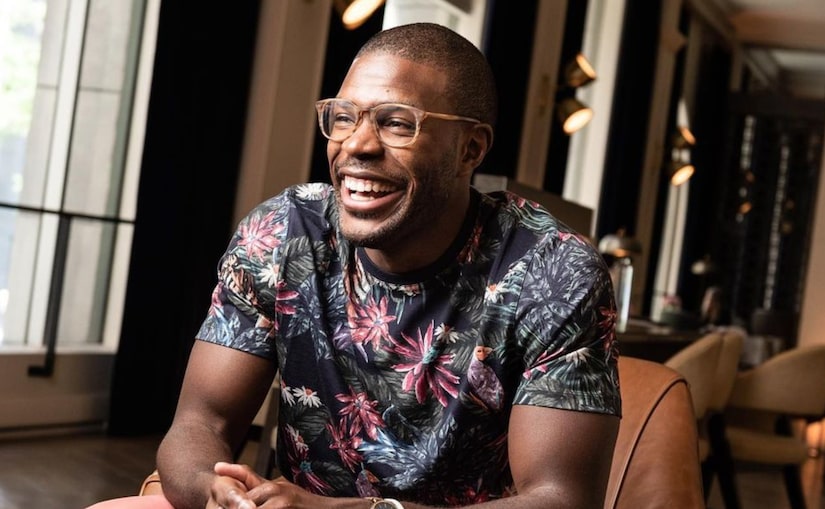 Home, sweet home. Diggy Moreland headed over to Instagram on Thursday to share the exciting news that he purchased a house in Chicago.

“NEW HOMEOWNER ALERT,” the Bachelor Nation star wrote alongside a photo of himself standing on his kitchen island and drinking wine straight from the bottle.

“When I was younger I used to stand on the furniture at home. After beating my a** each time, my mom would tell me: ‘You can stand on your furniture when you buy your own place,’” he continued. “Well Mom, today is that day....and I just realized you don’t have Instagram so I’m gonna send this photo to you via USPS.”

Diggy jokingly added, “P.S. Don’t nobody ask me for no money, cause I ain’t got it.”

The lifestyle blogger’s homeowner announcement comes months after he celebrated another major life milestone: future fatherhood. In January, Diggy revealed via social media that he and girlfriend Jennifer Lando are expecting their first child together, a daughter.

Diggy — who competed for Rachel Lindsay’s heart on Season 13 of “The Bachelorette” before appearing on Season 4 of “Bachelor in Paradise” in 2017 — declared himself a “#GirlDad” and wrote, “She’s gonna have me wrapped around her finger. Send tips and reinforcements.”

With his revelation came a sweet selfie showing Diggy and Jennifer holding a sonogram and a piece of paper that reads, “It’s a girl!”

Good times ahead for Diggy!