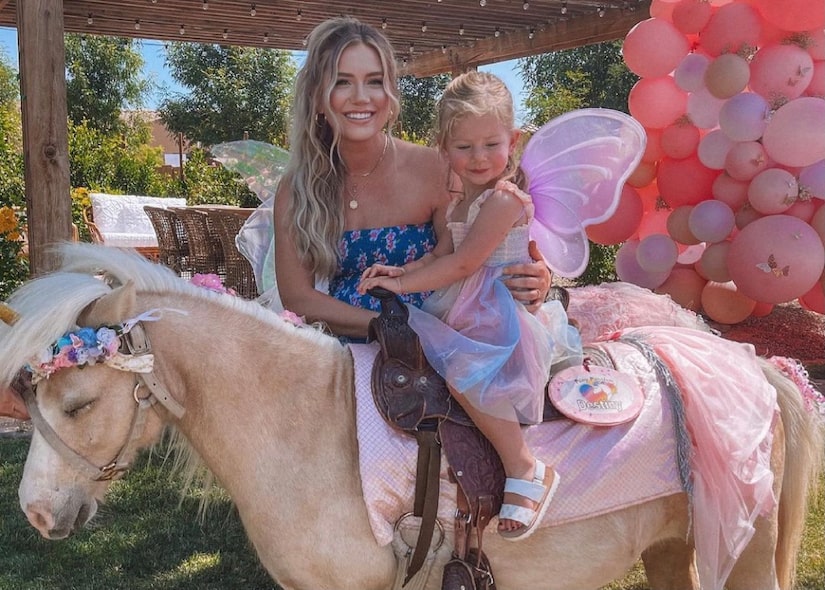 Yes, the adorable daughter of Bachelor Nation couple Lauren Burnham Luyendyk and Arie Luyendyk Jr. marked another turn around the sun by enjoying a ride upon every little girl’s favorite mythical creature. (Our inner toddler is extremely jealous.)

“happy early bday to my little butterfly princess. last one as an only child so had to do it up,” Lauren wrote in a Saturday Instagram post, accompanied by a slideshow of photos from Alessi’s dreamy fete at her family’s home in Scottsdale, Arizona — which featured tons of sparkle, pink and purple balloons, a gorgeous cake, and, most importantly, a unicorn.

Indeed, this year will be Alessi’s last birthday sans siblings. (She officially turns 2 on May 29.) Lauren — who is pregnant and expecting twins with Arie — is anticipating the arrival of a son and daughter in June.

During a recent interview with Us Weekly, Lauren — who announced her pregnancy in December following a devastating miscarriage in May 2020 — said that she can’t wait to see Alessi step into her new role as a big sister.

See Alessi’s cuteness on full display in pics from her magical birthday party below.