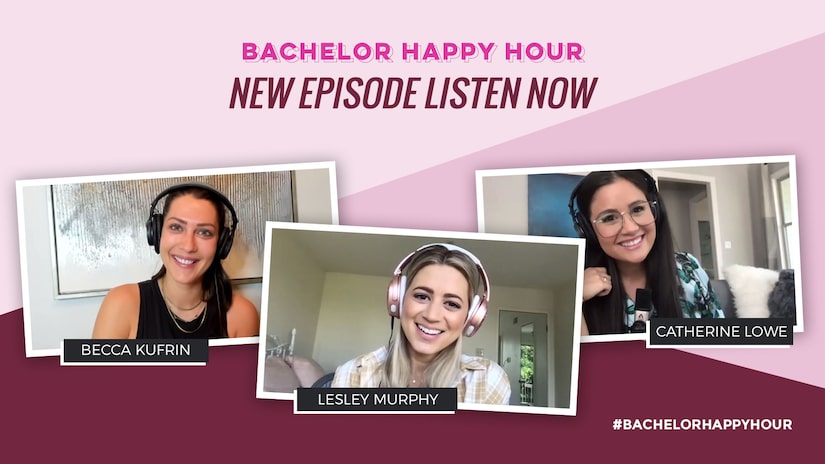 Lesley Murphy appeared on this week’s episode of “Bachelor Happy Hour” and opened up to Becca Kufrin and guest co-host Catherine Lowe about undergoing a double mastectomy in 2017.

The Bachelor Nation star said that her mother’s 2014 breast cancer diagnosis led her to get the preventive surgery.

“My mom was diagnosed with breast cancer in 2014 and I was living in Buenos Aires then. It’s something you’ll never forget when you get that kind of call,” Lesley recounted to Becca and Catherine. “You remember exactly where you were. My dad was on the phone. They both were on the phone. He was like, ‘Your mom has breast cancer.’ Immediate tears. She had surgery the very next week and they caught it early, so she’s doing great today.”

Elsewhere, Lesley explained how she learned to accept her double mastectomy.

“I was never somebody super attached to my breasts. I know some women are. It’s just a body part they love, they’re proud of,” she said. “I know a lot of people grieve it — like a missing body part. Fortunately, for me, I didn’t really miss them so much. I had a slightly easier time in terms of the emotional and mental wearing on me.”

The new mom — who welcomed daughter Nora with fiancé Alex Kavanagh on February 12 — said that she looked at her experience as a “cool ‘Grey’s Anatomy’ episode.”

“I would literally go into the doctor’s office every Tuesday and watch them put a needle in my breasts getting me ready for a reconstructive surgery,” she elaborated. “This was after the double mastectomy. They would fill my breasts with saline to slightly grow a little larger each time. It was just something that you have to look at with a positive attitude. It’s everything — or it’s just going to wear you down.”

She also detailed the support she received from her social media followers at the time, noting that “strangers on the Internet helped me heal in ways I could never describe.”