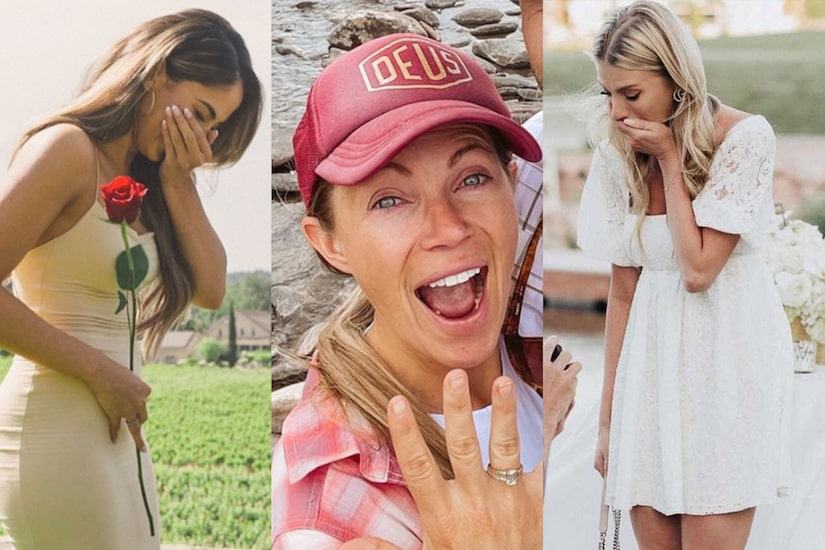 So much to celebrate! Three Bachelor Nation engagements were announced this weekend by franchise alums Sarah Herron, Sydney Hightower, and Haley Ferguson.

Sarah, who fans fell in love with on Season 17 of “The Bachelor” in 2013, took to Instagram to announce her engagement to filmmaker Dylan Brown after four years of dating.

“Dylan popped the question in front of Mount Sopris,” Sarah wrote alongside a cute selfie of the couple, which showcased her sparkling diamond ring. “To everyone who thinks life has to go in one particular order, or by a specific time... IT DOESN’T. I’d wait a lifetime all over again — through the heartbreaks, years of self-work and countless rose ceremonies — to end up with this person.”

Sarah — who is currently taking fertility drugs to hopefully get pregnant in the near future — added, “We make each other better, we have so much fun and we’re going to become parents together, so we decided to do the damn thing!”

Meanwhile, Sydney — who starred on “The Bachelor” Season 24 in 2020 — shared a photo of herself accepting a proposal from her boyfriend of more than a year, San Francisco 49ers linebacker Fred Warner.

Rounding out the trio is Haley, who competed alongside twin sister Emily Ferguson on “The Bachelor” Season 20 in 2016. Haley got engaged to Finnish hockey player Oula Palve less than six months after Emily said yes to a proposal from Swedish hockey pro William Karlsson.

“I am ENGAGED to the man of my DREAMS! @oula7 thank you for choosing me,” Haley captioned a snap of the romantic moment Oula asked for her hand in marriage. “Will I ever stop crying/smiling...probably not.”

Emily congratulated her sister by sharing a sweet photo of the sibling pair rocking their gorgeous engagement rings. “Literally TWINNING @ Life,” she jokingly wrote alongside the shot. “double wedding or nah??” 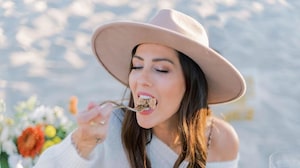