On this week’s episode of “Click Bait with Bachelor Nation,” Tayshia Adams chatted with guest co-hosts Mike Johnson and Bibiana Julian about their experiences within the franchise.

During their chat, the trio discussed how they each knew who would win their respective seasons of “The Bachelor” and “The Bachelorette.”

First, Bibiana — who starred on “The Bachelor” Season 22 in 2018 — explained how she knew Arie Luyendyk Jr. would end up with his now-wife, Lauren Burnham Luyendyk. The couple — who tied the knot in a gorgeous Hawaii wedding ceremony in January 2019 — share daughter Alessi, 2, and welcomed twins, a boy and a girl, on June 11.

“In all transparency, I will tell you guys that I always thought it was going to be Lauren, 100 percent. You saw his face light up,” said Bibiana, recounting Arie’s interactions with Lauren. “And that was only in, like, week two. I would see this girl walk by and he was like, ‘Who are you?’”

Bibiana added with a laugh, “Like, ‘Hello, you’re talking to me right now. Can you at least pretend to like me, please? This is really hurting my feelings.’ I remember crying on one of the dates because this guy is definitely not into me. It was always Lauren, guys. It was always Lauren.”

Although Season 15 Bachelorette Hannah Brown split from Jed Wyatt shortly after her finale aired in 2019, Mike had a feeling she would hand her final rose to the musician.

“I knew Hannah Brown wanted Jed from the get,” Mike said. “It’s energy. It’s a sparkle. It’s a different type of sparkle in that person’s eyes. It’s like when someone says, ‘You’re glowing.’”

Meanwhile, Tayshia predicted that Season 23 Bachelor Colton Underwood would choose Cassie Randolph at the end of his journey in 2019. (Colton and Cassie parted ways in 2020; and, in 2021, Colton came out as gay during a “Good Morning America” interview.)

“I feel like very early on, I knew that Colton wanted Cassie,” said Tayshia.

Listen to the latest edition of “Click Bait with Bachelor Nation” — which features an interview with Kaitlyn Bristowe — below. 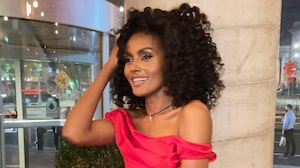 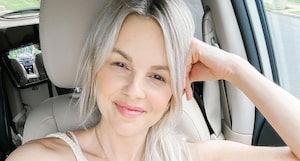