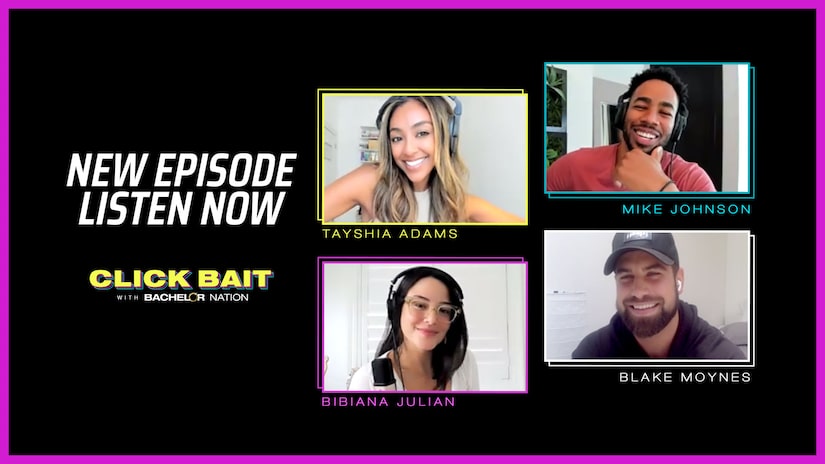 Blake Moynes stopped by “Click Bait with Bachelor Nation” to chat with Tayshia Adams and guest co-hosts Mike Johnson and Bibiana Julian about his return to “The Bachelorette.”

During his interview, Blake — who previously appeared on Tayshia and Clare Crawley's Season 16 of "The Bachelorette" in 2020 — explained why he wanted to come back for a shot with Season 17 lead Katie Thurston.

The handsome Canadian also opened up about his feelings when Katie knocked on his hotel room door and asked him to remain in the competition for her final rose. Plus, Blake revealed what made him interested in Katie in the first place.

Elsewhere, Tayshia, Mike, and Bibiana discussed Season 17 contestant Thomas Jacobs’ admission that he signed on to “The Bachelorette” with thoughts of one day leading the franchise himself.

Mike expressed whether he had thoughts of becoming the next Bachelor when he joined Hannah Brown’s Season 15 of “The Bachelorette” in 2019 — and the co-hosts shared the one thing about Thomas that they envy. 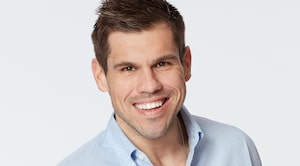 20 Questions with Hunter Montgomery: Get to Know the Bachelor Nation Star a Bit Better! 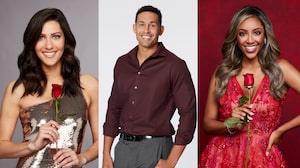 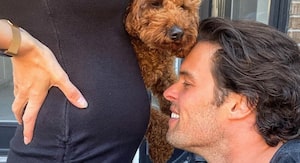