The nominations for the 2021 Emmys were announced on Tuesday — and Kaitlyn Bristowe’s “Dancing with the Stars” performance to a cover of Britney Spears’ hit song “Toxic” was among the television moments honored.

The Season 11 Bachelorette — who won the reality competition series in 2020 alongside ballroom pro Artem Chigvintsev — told Bachelor Nation about the exciting news via Instagram.

“Artem has been nominated for an EMMY for his choreography with our ‘toxic’ Argentine tango!!!!!” she wrote, accompanied by an image from the awards organization’s official announcement. “How friggen cool and so so deserving. So lucky to have had him as my partner!!!! (Btw remember when we won)?”

Kaitlyn added, “@theartemc you got this!!!!”

The pair’s number is nominated in the Outstanding Choreography for Variety or Reality Programming category. Artem’s choreography is up against work by Derek Hough (“Dancing with the Stars,” “The Disney Holiday Singalong”), Sergio Trujillo (“Christmas in Rockefeller Center”), Parris Goebel (“Savage x Fenty Show Vol. 2”), and Marie Haince Lebel (“World of Dance”).

We know who we’re rooting for. Congratulations, Artem and Kaitlyn!

Relive their incredible “Toxic” performance below. 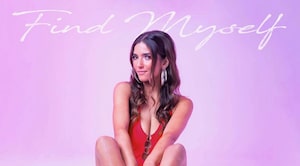 'Listen to Your Heart' Star Jamie Gabrielle Reveals New Music Is on the Way! 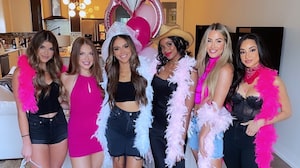 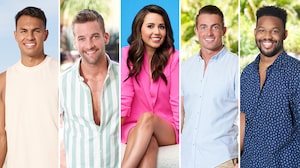