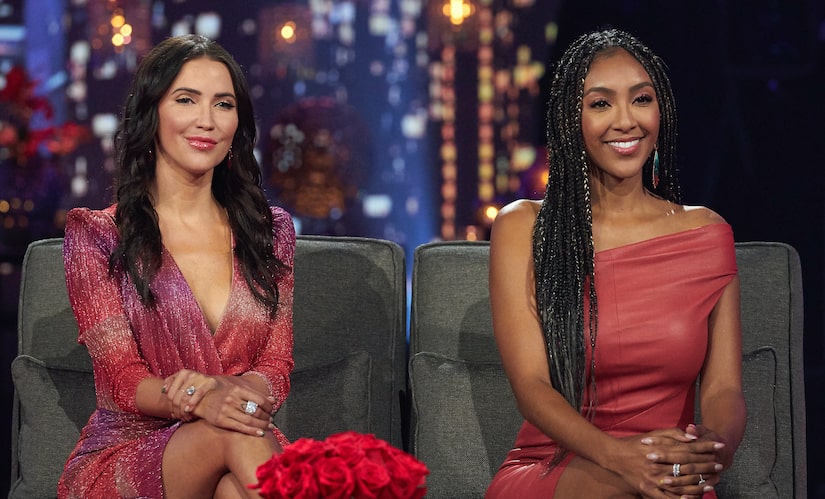 Ready for another round! After co-hosting Katie Thurston’s Season 17 of “The Bachelorette,” Tayshia Adams and Kaitlyn Bristowe are looking forward to reprising their roles for Michelle Young’s Season 18.

Tayshia and Kaitlyn expressed their enthusiasm at the opportunity during this week’s episode of “Click Bait with Bachelor Nation.”

“I am very, very, very happy. In fact, I cried because it’s so surreal that this is just what I am doing now. It’s really fun and I think it’s also really surreal,” said Tayshia, who has been vocal in the past about her dream of becoming a TV host.

“It was pretty surreal getting the news that I was doing it and then going out to start filming Michelle’s season on the same exact day that I signed my contract to be the Bachelorette last year,” the Season 16 lead continued. “And now I have a fiancé [Zac Clark] by my side, I’m hosting the show, it’s just very surreal to me — and never did I ever think that this is what I would be doing. I’m extremely thankful. A lot can happen in a year.”

For her part, Kaitlyn said that she sometimes feels the need to pinch herself when reflecting on her journey from “Bachelor” Season 19 contestant to Season 11 Bachelorette to franchise co-host.

“It’s very crazy to think about. I oftentimes have an out-of-body experience every time we say, ‘Katie, gentleman, this is the final rose,’ I’m like, ‘I said it!’” she marveled.

“Tayshia and I were walking down the hallway and we were like, ‘We make TV. How weird is this?’ It’s so weird to think about cameras being there. And it’s not just a little TV show. Like this isn’t a little TV show here,” she elaborated before jokingly adding, “We just feel like we’re little Tweedle Dee and Tweedle Dum over here doing our thing.”

Watch Tayshia and Kaitlyn assist Michelle in her search for love when “The Bachelorette” Season 18 premieres Tuesday, October 19, on ABC at 8 p.m. ET.