On this week’s episode of “Click Bait with Bachelor Nation,” Joe Amabile, Natasha Parker, and Tayshia Adams break down the “Bachelor in Paradise” drama involving cast members seemingly going on the show for fame and followers.

Every summer, singles gather on the beach for “Bachelor in Paradise” in the hope of finding love and possibly getting engaged. But this summer, there have been more rumors than ever about cast members joining the show already coupled up, looking for fame instead of love.

Brendan Morais and Pieper James were spotted together before “Paradise” began filming, as were Chris Conran and Alana Milne. Even though both men had made other initial connections on “Paradise,” they tossed those aside as soon as Pieper and Alana arrived.

This sparked conversations about whether these cast members went on “Bachelor in Paradise” for the right reasons or if they were already couples just looking for the fame and followers that come with being on the show.

It didn’t help that Brendan and Pieper explicitly discussed their follower counts and screen time shortly after Brendan ended his relationship with Natasha upon Pieper’s arrival.

On this week’s episode of “Click Bait with Bachelor Nation,” Joe, Natasha, and Tayshia share their thoughts on whether these cast members were looking for fame instead of love. 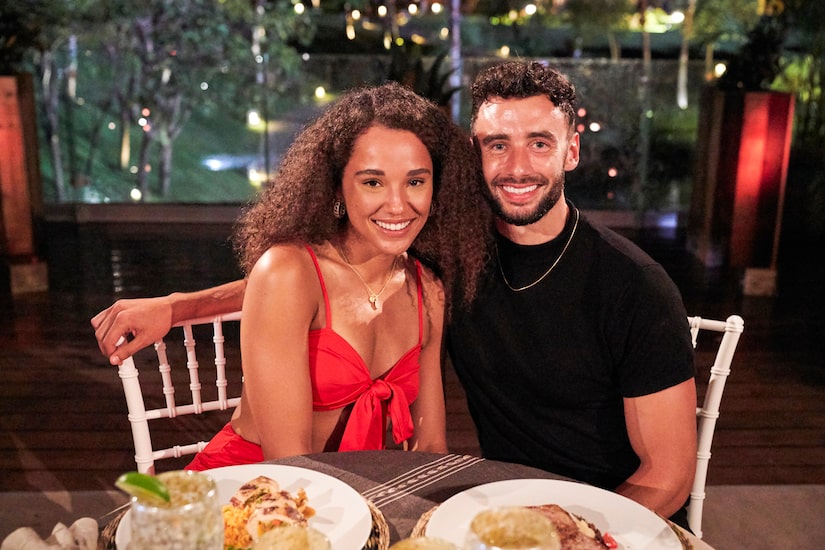 Joe started off by noting that everyone benefits from being on the show, but he called out Brendan and Pieper specifically, saying, “To go on and talk about followers and Instagram — how could you be that dumb to talk about it on camera on a mic and just expose yourself?”

Tayshia chimed in, adding “It’s not that they’re being dumb. That’s who they are. They’re showing their true colors.”

Natasha, who got tangled up with Brendan and Pieper, agreed with her co-host, saying, “To go somewhere to bamboozle someone, to lie, to scheme for an actual following, that’s not dumb, it’s malicious. It’s ridiculous. It’s like, what world are you living in?”

Joe wondered whether Brendan, Pieper, Chris C., and Alana had other incentives for coming on the show, like a free trip to Mexico, but Tayshia disagreed.

Tayshia noted that the couples’ actions could potentially harm the integrity of the show, adding, “You’re making everything a joke, and it’s actually ruining more things than helping your freaking Instagram career. I don’t understand.”

Alana has since offered her side of the story on “Bachelor Happy Hour” and claims she didn’t come on the show for fame, despite the speculation.

To hear more of Natasha, Tayshia, and Joe’s conversation, listen to the latest edition of “Click Bait with Bachelor Nation” below.