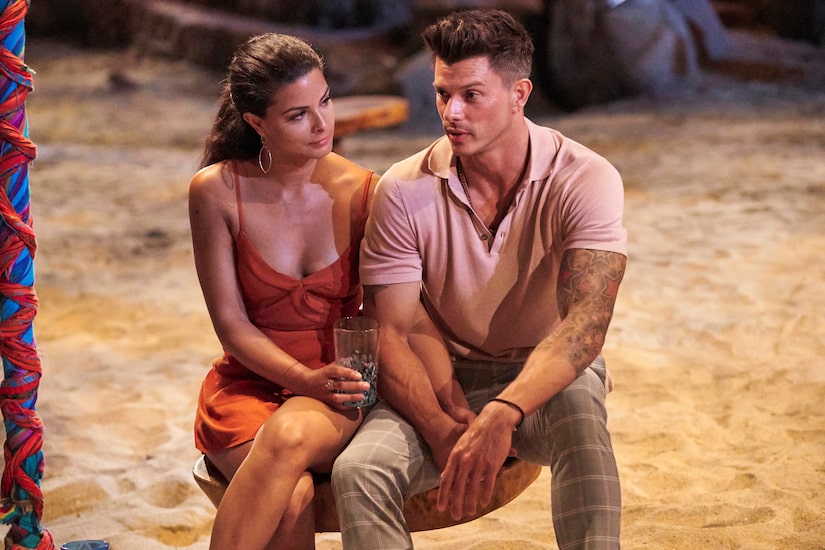 Mari Pepin got entangled in one of the most dramatic “Bachelor in Paradise” love triangles in the show’s history, and she stopped by “Click Bait with Bachelor Nation” to reveal whether she has any regrets — including infamously throwing that cake into the fire.

Fans saw Mari spark an immediate connection with Kenny Braasch during Season 7 of “BIP.” Even though the two were going strong, she spoke with him about potentially dating other people. This caused a downward spiral in their relationship, and Kenny soon connected with other contestants, including Demi Burnett and Tia Booth.

On “Click Bait,” Mari explained why she chose to bring up the topic with Kenny in the first place.

“It was just a general thing,” she revealed. “There wasn’t anyone in particular that I was waiting for or hoping would come down. It was just more about being open in general to the experience. I even told Kenny at the time, I might not even get asked on a date. It wasn’t about specifically wanting to go with a specific person. It was about saying, if this happens, I want to get ahead of it, be upfront and honest.”

And while Mari felt like she was doing the right thing at that moment, she said she’d proceed differently if she could do it over again.

“Looking back, I do see that I shot myself in the foot, and everything that happened as a result was because of the conversation that I decided to have with Kenny,” she said, revealing her biggest “Paradise” regret. “So if I could go back and redo things, I probably wouldn’t have had that conversation before anything happened.”

“Click Bait” host Joe Amabile, who was also in “Paradise,” said he thinks Mari did the right thing despite any regrets.

Joe said it would’ve been worse to blindside Kenny if she had accepted another date, adding, “I actually think what you did was the harder thing to do, so I respect it.”

Obviously, Mari couldn’t discuss the situation without touching on cake-gate, when fans saw her toss Kenny’s birthday cake into the fire after Demi threw him a surprise celebration.

Mari opened up about why the situation upset her so much that she was willing to sacrifice the decadent dessert.

She explained, “The cake wasn’t me reacting to Kenny doing what he was doing, because I can’t be mad. He’s doing his thing. Sure, I was upset that it was right in front of me. I did not like that, but to be honest, that entire thing was me being angry at Demi.”

Mari continued, “Demi and I had an extensive conversation — obviously only part of it was shown — about my feelings towards Kenny and how difficult the situation was and how much I care about him, and how much I wanted to be with him at the time, and she immediately went down and went straight for him. That is why I was so upset at the cake.”

Not only that, Mari said, “Here’s some tea: That was actually my idea. That is why I was pissed off at the cake. Kenny’s 40th birthday, we were quarantining before we started filming and he spent it there. I came up with the idea because I knew it was his birthday. I want to do a birthday party, I want to do a cake, I want to do something special for him for his birthday.”

Mari noted that she doesn’t know if Demi knew this, but that’s really what sent her over the edge.

Fans are now seeing Mari and Kenny’s relationship reignite in “Paradise” despite everything that went down, but we’ll have to wait and see how things unfold!

In the meantime, to hear more of Mari’s conversation with hosts Joe and Natasha, listen to “Click Bait” below. 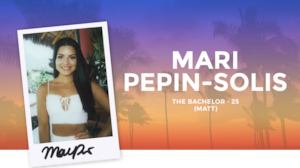 Paradise Profile: Catch Up with Mari Pepin-Solis of 'The Bachelor' Season 25 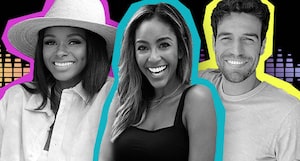