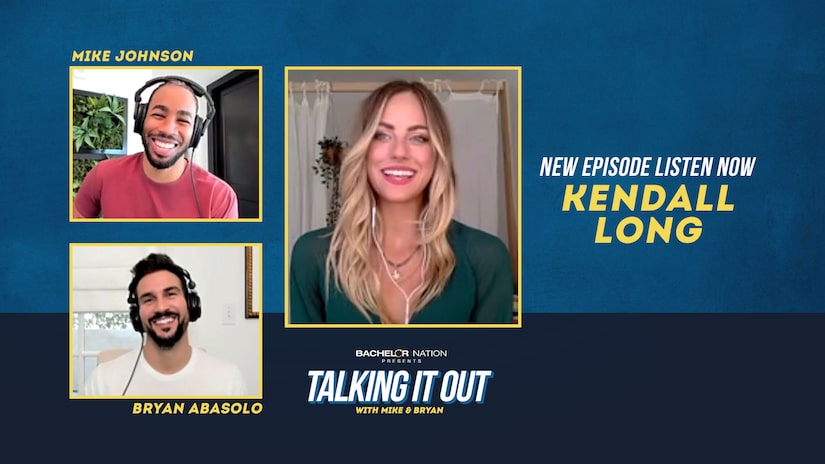 Bachelor Nation star Kendall Long stopped by “Talking It Out” to discuss all things “Bachelor in Paradise.” Kendall shared new details about her emotional conversation with Joe that we all saw unfold as they discussed their relationship.

Fans first fell in love with Kendall during Season 22 of “The Bachelor.” She went on to join Season 5 of “Bachelor in Paradise” and found love with Joe Amabile. The two dated for around two years but announced their split in January 2020.

Now, both she and Joe are back in “Paradise” for Season 7.

During her appearance on “Talking It Out,” Kendall revealed to Bryan Abasolo and Mike Johnson that things on the beach did not go as she expected.

She told Bryan and Mike she wasn’t sure if she could be on “BIP” knowing Joe could be dating someone else, but she felt like she needed closure. But when she and Joe finally talked about their relationship and breakup, she said it didn’t play out like she hoped it would.

“Joe wasn’t giving as much of himself to me as I was used to,” Kendall said about their initial conversation. “Our relationship was always really open and really vulnerable and really communicative, but I didn’t really get any of that. I understand why; it was just a completely different reality.”

The rest of her time in “Paradise” was especially difficult, she said, because she didn’t anticipate that so many of her old feelings would come up again.

Through tears, Kendall explained that she internalized a lot of her pain because she didn’t want to affect other people, especially Joe and his relationship with Serena.

“I did a lot of going to the bathroom and crying on my own, which, you know, I think I just didn’t really know how to handle it, and I’m still kind of processing it,” she said.

Kendall explained that she “actively avoided Joe” after their conversation, because she “didn’t want to get in the way of him developing something with someone else.”

She added, “Serena is great. There’s nothing bad to say about Serena. She was so sweet, so respectful as well. And it was an awkward situation.”

While she hasn’t really been watching “BIP” this season because it’s still painful, Kendall said she’s grateful for the strength her family gives her.

She revealed to Bryan and Mike that after getting the closure she needed and taking some time to process, she’s ready to look for love again: “With where I am now, I feel excited to find something.”

We’re excited for Kendall to find her happily ever after as well!

To hear more of her conversation with Bryan and Mike, listen to the latest edition of “Talking It Out” below. 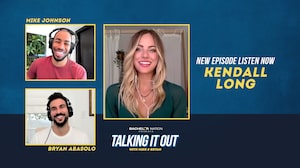 ‘Talking It Out’: Kendall Long Reveals Why She Joined ‘Paradise,’ Plus: She Spills on Her Split with Joe 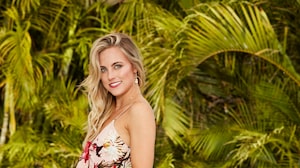