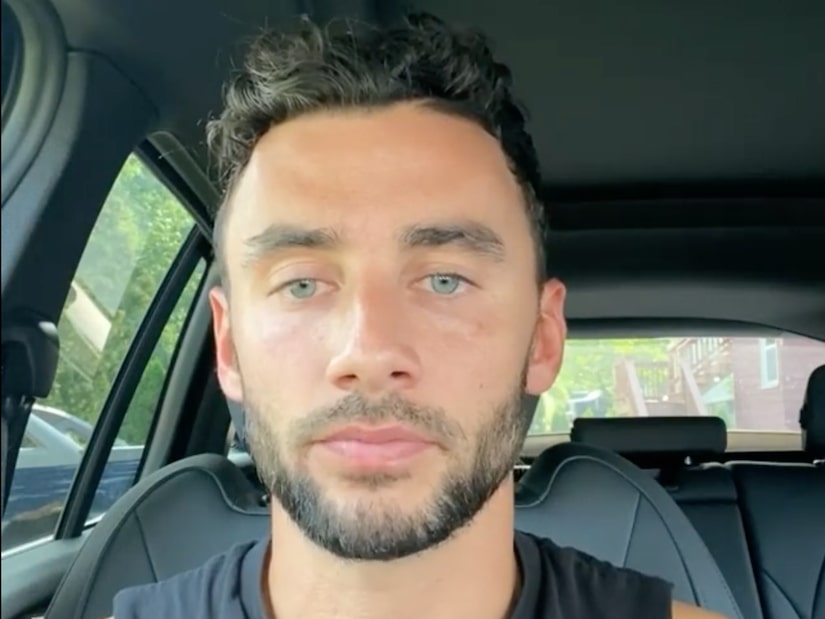 Brendan Morais has been at the center of much of the drama on “Bachelor in Paradise” Season 7, and he just broke his silence about everything that went down on the beach.

Prior to filming “Paradise,” Brendan and fellow Bachelor Nation star Pieper James were spotted out and about together since around April of this year.

But when Brendan arrived in “Paradise,” he quickly developed a connection with Natasha Parker.

Despite his relationship with Natasha, as soon as Pieper arrived on the beach, the two seemingly picked up right where they left off, which confirmed their fellow castmates’ speculation that they had a relationship prior to filming the show.

Eventually, a group of their “Paradise” castmates confronted Brendan and Pieper about why they were on the beach if they were already in a relationship.

While the couple argued that there aren’t any “rules” in “Paradise” and that they weren’t exclusive before the show, they eventually left the show together to pursue their relationship off the beach.

And now, amid losing thousands of followers as fans watched this drama unfold, Brendan broke his silence in an Instagram video titled “Paradise Apology.”

The video garnered hundreds of thousands of views in just a few hours, as fans were curious what Brendan had to say after he initially had shared and deleted a post that made light of the situation.

This time, Brendan seemed to take the situation more seriously and started off his video by apologizing to Natasha.

He said, “Most importantly, I wanted to apologize to you, Natasha. I never meant to hurt you. I never meant to lead you on. I truthfully and honestly enjoyed spending time with you… We didn’t have that romantic spark that’s imperative for a relationship to really grow, but just knowing you for a handful of days, I never could’ve imagined the heartbreak that I caused you, and I’m very, very sorry for that.”

Brendan then went on to share his side of the story about whether he and Pieper were involved before “Paradise.”

“Pieper and I were not in an exclusive relationship. I never asked her to be my girlfriend. Yes, we went out to eat. Yes, we hung out in group settings. I absolutely thought she was beautiful and smart and funny,” he said. “And I told her straight up, ‘I would love to see you in “Paradise.” If you could go, that would be amazing.’ She didn’t know if she could go; she didn’t know if she wanted to go.”

The Bachelor Nation star said that while it may be hard to believe, he did go to the beach single, and if a woman had swept him off his feet, he would’ve pursued that despite any prior communication with Pieper.

He also responded to the rumors that he and Pieper went on the show for fame and followers and had a plan just for exposure all along.

“As far as Pieper and I having this big elaborate plan, I’m not the smartest person in the world for sure, but I feel like it would have gone a little better than it did if we had this plan. Of course, it went horrible in every way,” Brendan said.

He continued, “I wanted to be on the beach and get a month with a beautiful person and get to know them more in the beaches of Mexico and spend 20-plus hours a day with them and potentially fall in love. If I wanted the max amount of followers, I would not have pursued Pieper or Natasha, I would’ve gone after a girl with a million followers.”

With everything that’s unfolded on- and off-screen, Brendan said he’s learned that he needs to work on himself.

“What I’m really discovering about myself is my inability to communicate in the way that I think I am,” he noted. “As far as Natasha goes and Pieper goes, I am communicating in a way that I think that someone can understand, but that’s not the case. I tried to sugarcoat things. I tried to say things in a way that won’t hurt anyone’s feelings, but in turn I make the matter way worse. I hurt people.”

Brendan explained that not only was he not clear with his feelings towards Natasha on the beach, but he also wasn’t on the same page as Pieper before they arrived in “Paradise.”

He concluded his video by apologizing to Natasha again for the “terrible” and “immature” things he said about her and said he feels “awful” for tarnishing her “BIP” experience.

“I’m not looking for anyone to forgive me or clear my name, I just want everyone to know that I am acknowledging where I went wrong and I need to continue to work on myself as a man and learn to try to be a better person,” Brendan said at the end of his video.

As of now, Natasha hasn’t responded to Brendan’s post and Pieper hasn’t shared anything on social media since her story earlier this week.