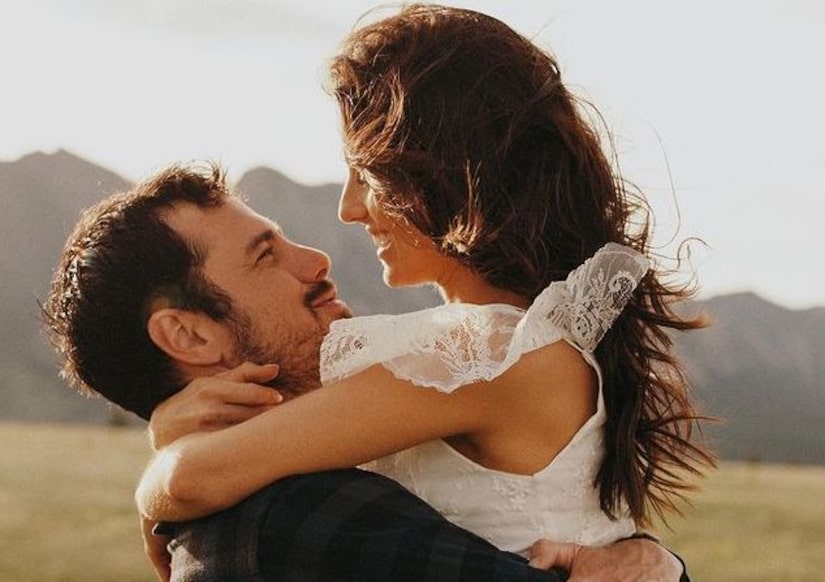 Former Bachelor Ben Higgins is just weeks away from tying the knot with his fiancée Jessica Clarke, and he gave Bachelor Nation an update on how his knee is healing post-surgery.

As fans know, Ben underwent knee surgery earlier this month and took to Instagram to reveal that his “ACL was replaced, MCL was worse than expected so it had to be fully repaired and meniscus is as bouncy and cushion-like as ever!”

His fiancée was by his side as he recovered, with Ben taking to Instagram to share this sweet pic of Jess comforting him in the hospital.

Alongside the photo, Ben wrote, “Massage is my love language. @jessclarke_ gifted me with her highly trained @justskinjess hands before surgery to calm the nerves!”

The former Bachelor revealed that Jess was handling some last-minute wedding planning while his mom was going to help him recover. “Now she’s back in Nashville helping finalize our wedding! Don't worry, my mom and I are in Denver healing up for the big day and practicing my upper body dance moves!”

Since then, Ben has continued to post about how excited he is to marry Jess, writing things like, “In less than 2 months we add a Higgins when I get to marry the sweetest soul in the world.”

And so, as fans await his big day, Ben shared an update on his IG Story about how his knee is healing. “As of today: Bandages off and only 4 weeks out from walking! Less than 7 weeks out from our wedding! Let the countdown begin!”

It sounds like Ben will be walking (and hopefully dancing!) just in time for their wedding day.

We’re wishing him a speedy continued recovery, and we can’t wait to see photos from Jess and Ben’s wedding.

The countdown is on! 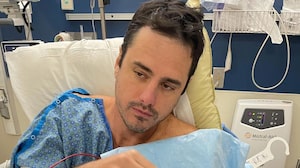 Ben Higgins Shares an Update from the Hospital After Knee Surgery: ‘Absolutely Thriving’